A huge drill rig that is operated by the field operation section of INDOT’s Geotechnical Engineering Division is so productive, even during difficult jobs, that INDOT personnel gave it a nickname: Mean Jean.

Geotech purchased the rig — a Central Mine Equipment (CME) 55 on a Peterbilt 348 chassis — last year. The old rig that Mean Jean replaced was unreliable and frequently broke down.

Geotech’s field operation section members tackle most of INDOT’s in-house design and emergency projects. They wouldn’t be nearly as effective without the help of Mean Jean, which is 27 feet long, 10 feet wide, and 11 feet high with an additional 25-foot mast height.

The truck-mounted drill rig carries dozens of 5-foot-long hollow-stem augers and 5-foot solid-stem augers, plus split spoons and rods for sampling. Drillers maneuver Mean Jean year-round to collect soil samples at proposed INDOT projects; the samples are then sent to INDOT labs for inspection. All the information collected during the drilling operation is included in a report be used by Geotech engineers during project design and by contractors during construction.

“There are 259 soil types in Indiana, and it’s important for engineers to know what they’re dealing with,” said Roush. “I enjoy the job as I’m assuring that citizens are getting the best road product.” 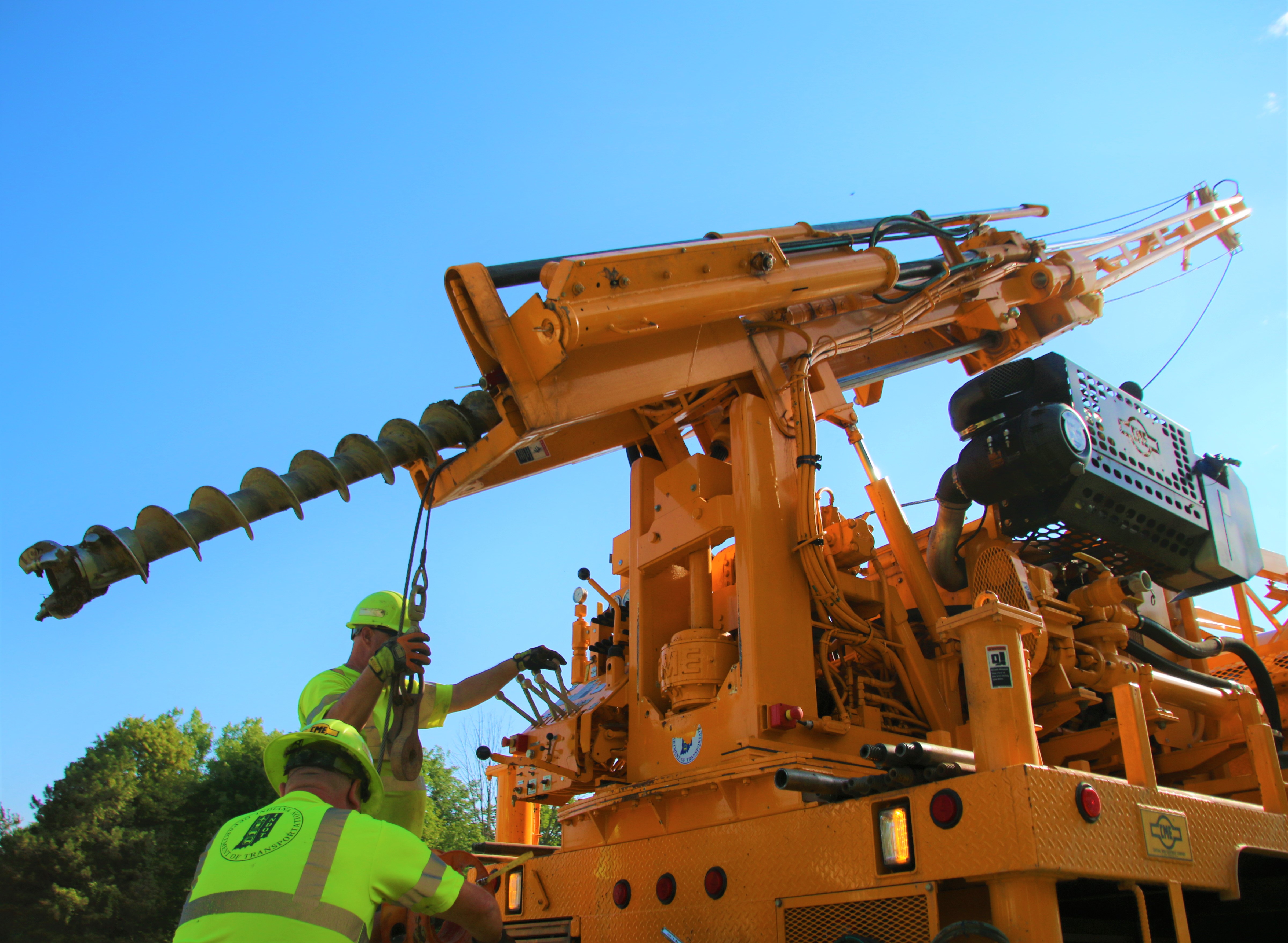 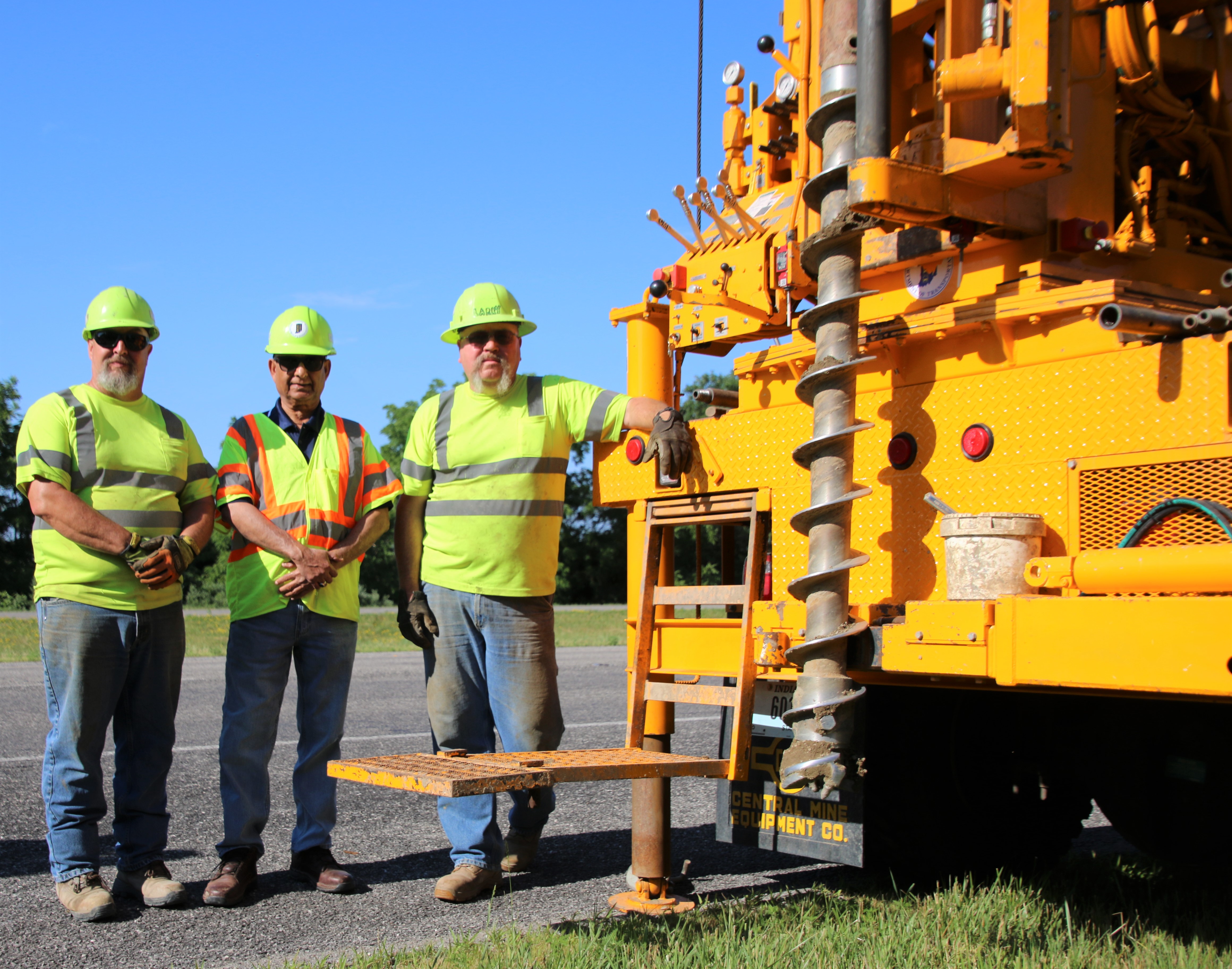