Epizootic Hemorrhagic Disease (EHD) is a common disease in the Indiana deer herd, and every year the Indiana Department of Natural Resources (DNR) receives reports of EHD throughout the state via our online reporting system at on.IN.gov/sickwildlife. The DNR monitors the locations and numbers of sick and dead deer reports to evaluate the effect of EHD. In many cases, EHD only affects a small area within a county, often along a creek or stream. In some years, however, EHD can affect a larger-than-normal portion of the deer and becomes widespread across a county. In those instances, the DNR lowers the County Bonus Antlerless Quotas (CBAQ) in the impacted counties to offset the effect of the counties’ EHD outbreak. Currently, a significant event is affecting Wayne, Fayette, Union, and Franklin counties. Therefore, the DNR has lowered the CBAQs in these counties from a 2 to a 1.

In mid-August, the Deer Program began mapping and evaluating the effects of EHD based on public reports, looking for counties where a large portion of the estimated deer population was being affected by EHD. We found that the most heavily affected counties were Wayne, Union, Fayette, and Franklin. We also evaluated Rush, Dearborn, Ripley, Decatur, and Henry due to the overall number of reports; however, the reports in each county were limited to small areas or areas adjacent to the heavily affected counties. Therefore, the quotas in Rush, Dearborn, Ripley, Decatur, and Henry were not lowered. If reports and effects of EHD continue to rise in these counties or others around the state, they will be considered when the 2023 CBAQ are set.

As of August 31, 2022, the most heavily affected counties were Wayne, Union, Fayette, and Franklin counties. 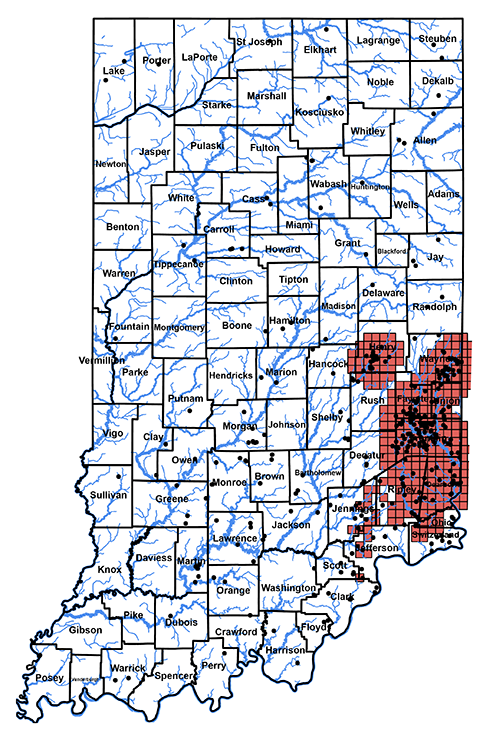 Quotas were lowered in Wayne, Fayette, Union, and Franklin counties from 2 to 1. 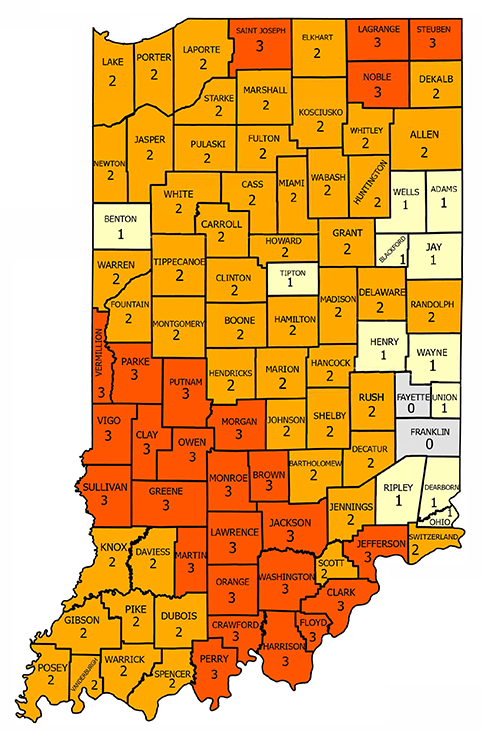