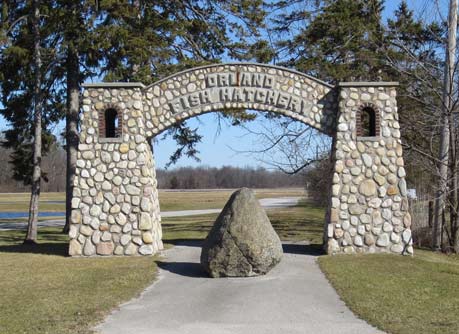 Fawn River Fish Hatchery is located one mile north of the town of Orland on S.R. 327. The office is open from 7:30 a.m. to 3:30 p.m., Monday through Friday. The District 2 Fish Management Biologist’s office is also located at Fawn River State Fish Hatchery. The property grounds are open to the public from sunrise to sunset, seven days a week.