The Indiana Commission for Higher Education consists of fourteen members appointed by the Governor. The Governor directly appoints twelve members, nine representing a Congressional District and three at-large members, to serve terms of four years. In addition, the 1990 legislature added a student and a faculty representative who are appointed by the Governor for terms of two years, with support from a nominating committee. 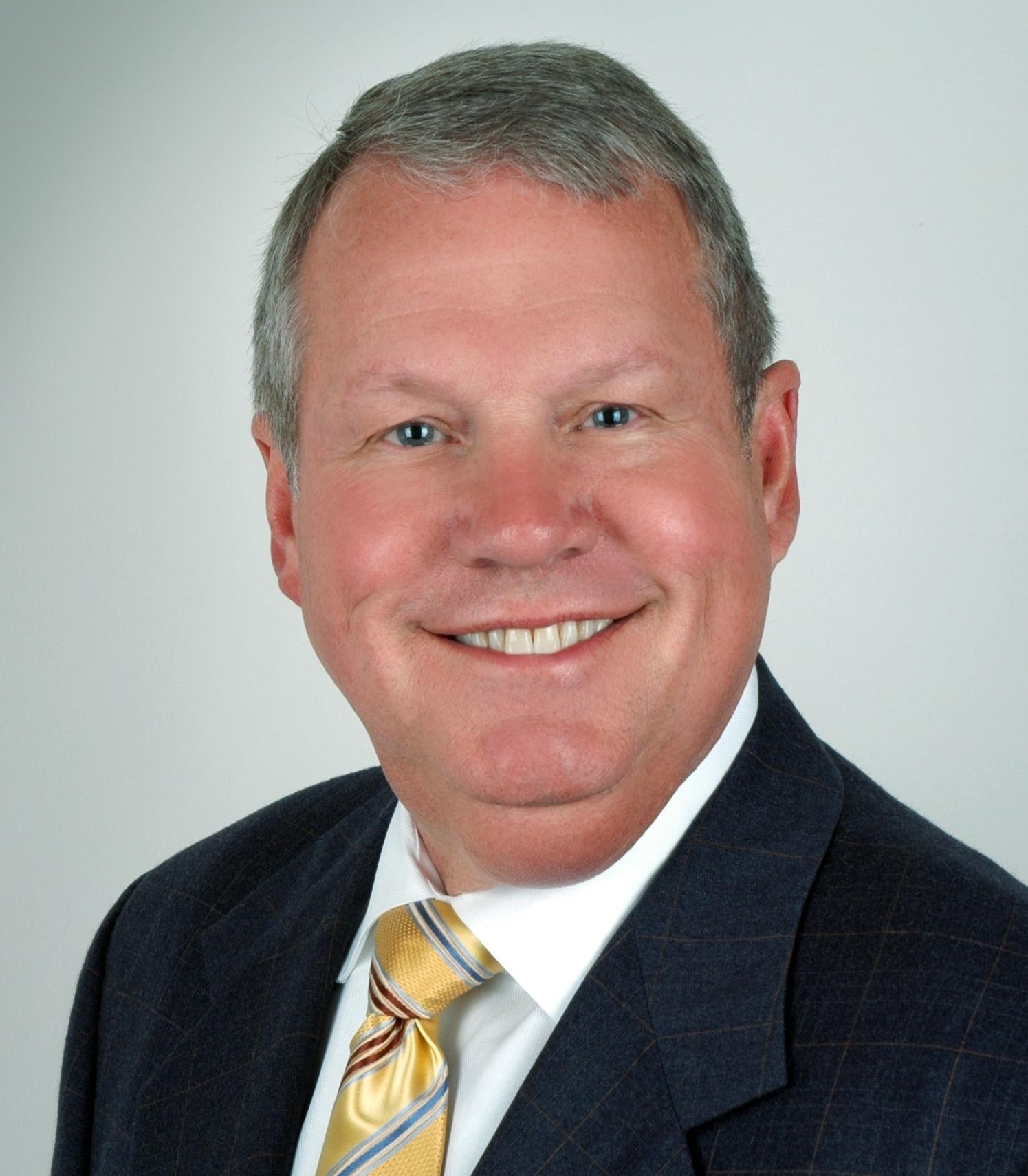 Mike is Chairman and owner of Patriot Investments, LLC, through which he maintains investment interests in multiple early stage companies and real estate investments, and also conducts an array of strategic planning consulting and advisory services. Mike formed Patriot Investments in 2002 following his retirement from Fifth Third Bank, Central Indiana where he served as President and CEO beginning in 1989. Mike previously served as Chairman and CEO of Integra Bank Corporation in Evansville (2008-2011) and as Commissioner of the Indiana Department of Revenue (2012-2015) at the request of Governor Mitch Daniels and reappointment by Governor Mike Pence. During his tenure as Commissioner, Mike led the transformation of the Department to focus on quality and accuracy through multiple technology and cultural enhancements. Mike is active on multiple corporate boards including AAA Hoosier Motor Club, Banterra Bank Corporation, Community Physicians Network, Johnson, Grossnickle & Associates, Scubaba, LLC, and BioStorage Technologies, Inc. and serves on several non-profit boards including the Indianapolis Zoo. Mike earned his Bachelor’s degree magna cum laude in accounting in 1978 from Indiana State University. 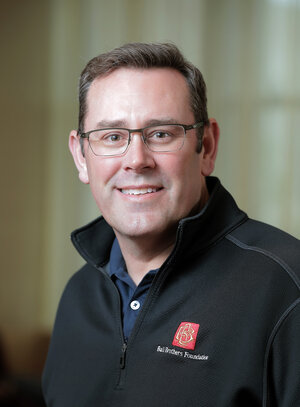 A Michigan native, Michael Justin (Jud) Fisher is a graduate of DePauw University and the Indiana University Lilly Family School of Philanthropy. He joined Ball Brothers Foundation in 2003 after working in administration for Old National Bancorp. In addition to his duties as president and chief operating officer of BBF, he serves on the boards of several regional and statewide organizations including the Indiana Commission for Higher Education, the Edmund F. and Virginia B. Ball Foundation, Delaware Advancement Corporation and The Community Foundation of Muncie and Delaware County, Inc. He is the grandson of John W. Fisher and Janice Ball Fisher (1916-2010), the youngest daughter of BBF founder E. B. Ball. Fisher grew up in Leland, Michigan, and graduated from Leland High School. He worked in a horse stable, on charter fishing boats, in the cherry orchards, as a sailing instructor, and at several other jobs while growing up in Leelanau County. He loves to hunt, fish, sail, hike, and generally be outdoors. 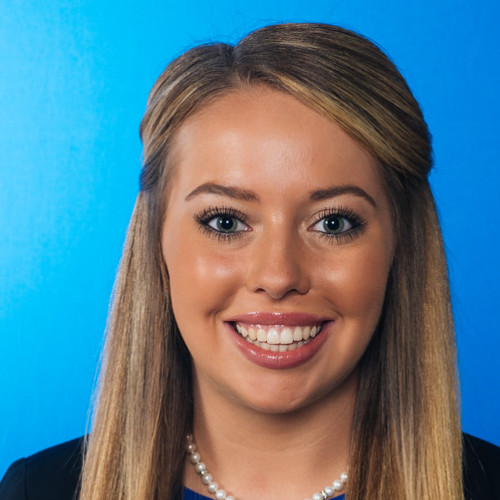 Anne Bowen is an honor student at Indiana State University, double majoring in Insurance & Risk Management and Financial Services from Terre Haute, IN.  She is involved with the Networks Professional Development Program as well as a part of the Gongaware Scholarship Program. Additionally, she is actively involved with the business fraternity Gamma Iota Sigma, Insurance Honors Corps, as well as the Honor Societies of Alpha Lambda Delta and Order of Omega. She holds leadership positions all across campus and serves as President for the student Philanthropy Group, Director of Academic Affairs for Student Government, as well as the Stewardship Director for State Dance Marathon in support of Riley Hospital for Children while also serving as a Peer Mentor for the Honors College. In the midst of her involvement, Anne has also accrued industry experience through an internships with MedPro Group in Fort Wayne, IN and Arlington/Roe in Indianapolis, IN. 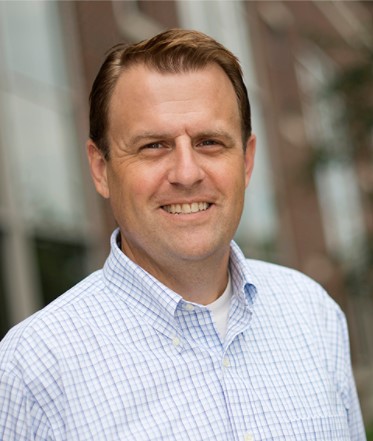 Edward Berger is the Inaugural Associate Vice Provost for Learning Innovation, and Director of the Innovation Hub, as well as Professor of Engineering Education and Mechanical Engineering at Purdue University. He is also the Executive Director of the Mechanical Engineering Education Research Center at Purdue (MEERCat Purdue), which pursues fundamental research and research-to-practice projects in student success, teaching with technology, and institutional culture and change. He has been a tenured engineering professor at three institutions (University of Cincinnati 1996-2004, University of Virginia 2005-2014, Purdue University 2014-present). He began his faculty career with a research portfolio broadly in the area of tribomechanics, including dynamics of interfaces and structures with friction. From 2005-2010, his research portfolio underwent a transformation into engineering education research, and since then he has be a PI or co-PI on $12M+ in federally-funded projects for engineering education research. He has 50+ journal publications across mechanical engineering and engineering education topics. In 2008, he won a Commonwealth of Virginia state-wide teaching award for his integration of technology into undergraduate education. He recently completed an IPA assignment at the National Science Foundation (August 2019 – December 2020) in the Engineering Directorate, Division of Engineering Education and Centers. He oversaw a $15M annual budget for engineering education research and collaborated across the agency on programs including ERC, AI Institutes, and Advanced Manufacturing. 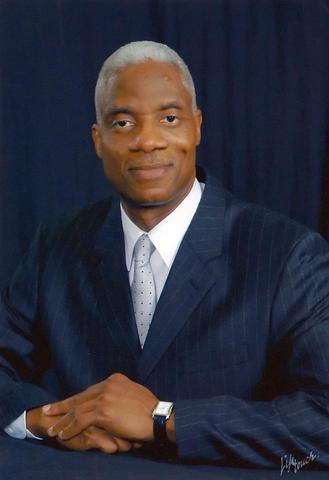 Dennis Bland serves as the President of the Center for Leadership Development, leading the organization's mission to foster the advancement of minority youth in Central Indiana as future professional, business and community leaders by providing experiences that encourage personal development and educational attainment. His passion is driven by a concern for plight of African American youth and community. Dennis received his primary and elementary education through Indianapolis Public Schools, graduating from Broad Ripple High School. Dennis earned his Bachelor of Arts degree in economics from DePauw University, then went on to obtain his juris doctorate degree from Indiana University School of Law in Indianapolis. 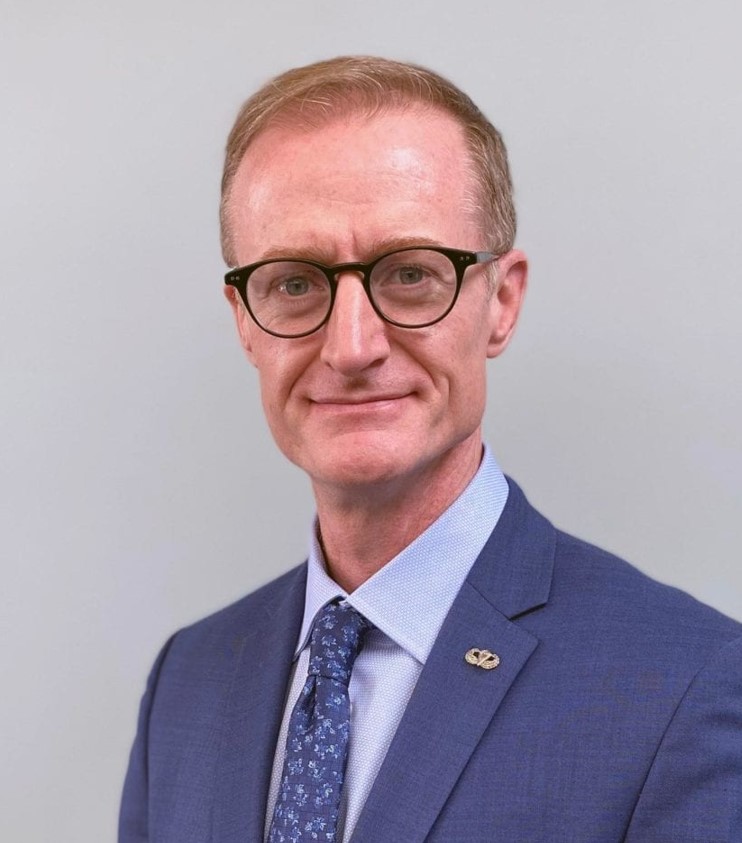 Bill Hanna is the Executive Director of the Dean and Barbara White Family Foundation.  The foundation’s goal is to work with key partners to transform communities through sustainable legacy investments that enhance quality of life, promote health and wellness, stimulate economic development, increase access to high quality education and that promote broad collaboration. Hanna is the former President and CEO of the Northwest Indiana Regional Development Authority (RDA). Hanna joined the RDA and the state of Indiana in 2009 and has served under the RDA board of directors and the administrations of Indiana Governors Mitch Daniels, Mike Pence, and current Governor, Eric Holcomb.  Prior to his time at the RDA, Hanna was the City Manager and Deputy Mayor for the City of Valparaiso, the Economic Development Director for Valparaiso and Vice President of the Valparaiso Economic Development Corporation. His military career in the U.S. Army as an airborne qualified light infantryman (paratrooper) from 1995 to 1999 included membership in the Army’s Official Presidential Escort and service as a Sentinel (guard) and Head Trainer/Guard at the Tomb of the Unknown Soldier in Washington, D.C. Hanna earned his Juris Doctor from Valparaiso University, his MBA from National-Louis University in Chicago, and his Bachelor’s degree in Organizational Management and Human Resources from Colorado Christian University. 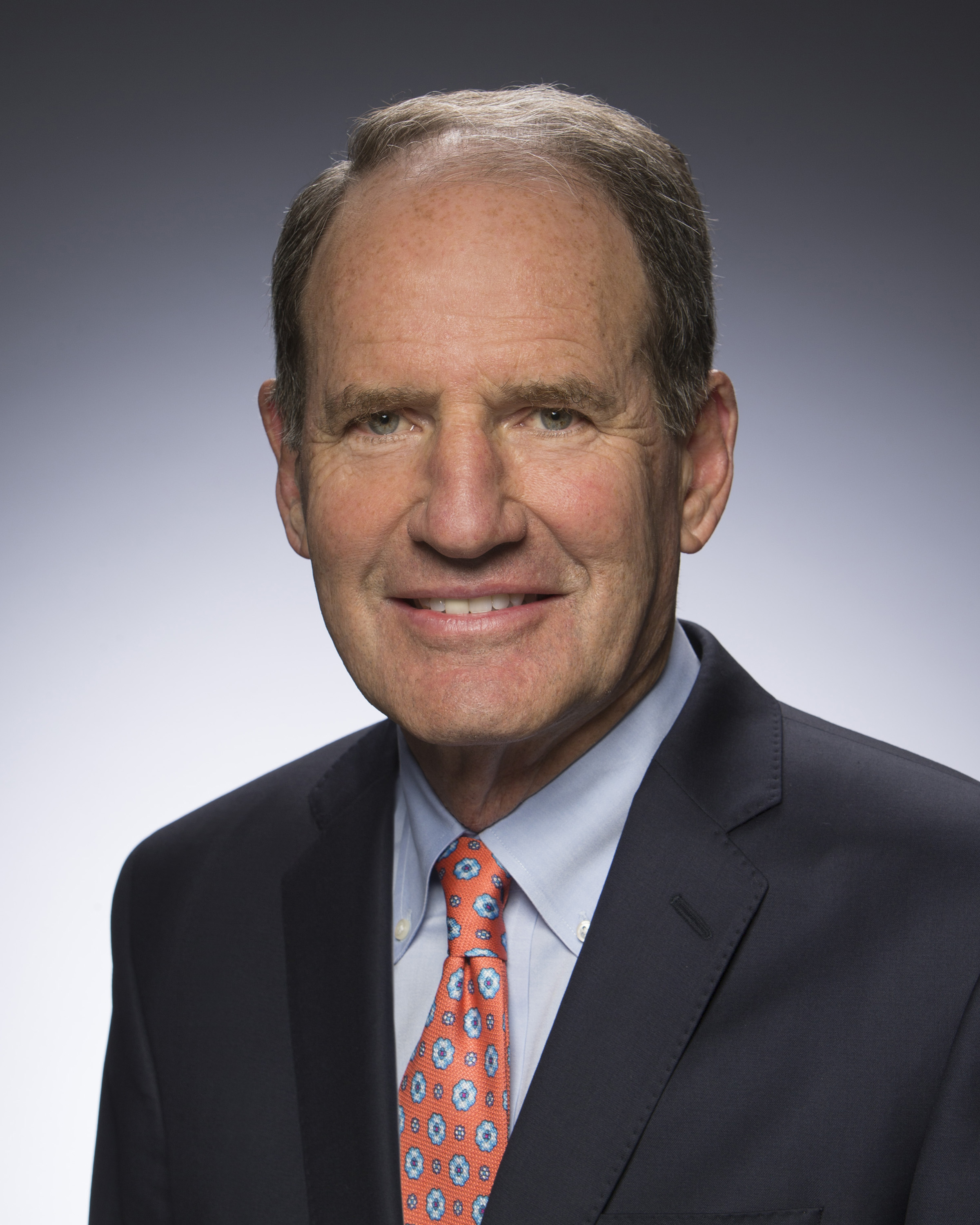 Al Hubbard is the co-founder of E&A Industries. Except for his time in government service, Hubbard has been the chairman of E&A Industries since 1977. During his government service, Hubbard was the White House deputy chief of staff for Vice President Dan Quayle, executive director of the president's council on competitiveness under the administration of George H.W. Bush and assistant to the president for economic policy and director of the national economic council under George W. Bush. He has also served on boards for for-profit and not-for-profit groups. 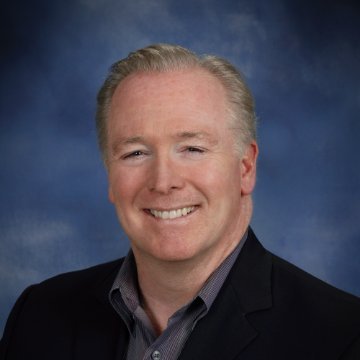 Chris LaMothe serves as the Chief Executive Officer of Elevate Ventures. He sets the strategy and vision for the organization, oversees all programs and staff, and serves as the primary source for stakeholders, investors, board members, and entrepreneurs. Previously LaMothe served as Executive Vice President of Element Materials Technologies, specifically leading the global Transportation, Power Generation and Industrials Sectors of the company. Element acquired LaMothe’s company, Sherry Laboratories Holdings, LLC in 2013 where he served as Partner, Chairman and CEO. Prior to acquiring Sherry Labs, LaMothe served as President and COO of Oxford Financial Group, LTD, one of the largest private wealth management firms in the country with over $8 Billion under management. He also serves or has served on the Board of a number of civic groups, including the Chicago Federal Reserve Bank Advisory Board, Junior Achievement of Central Indiana, The Indianapolis Zoo, the Indianapolis 500 Festival Board, Indiana University Business School Board of Visitors, the Indiana Chamber of Commerce and TM Youth Foundation. LaMothe is a graduate of Ball State University with a BS in marketing and received his MBA from Indiana University. 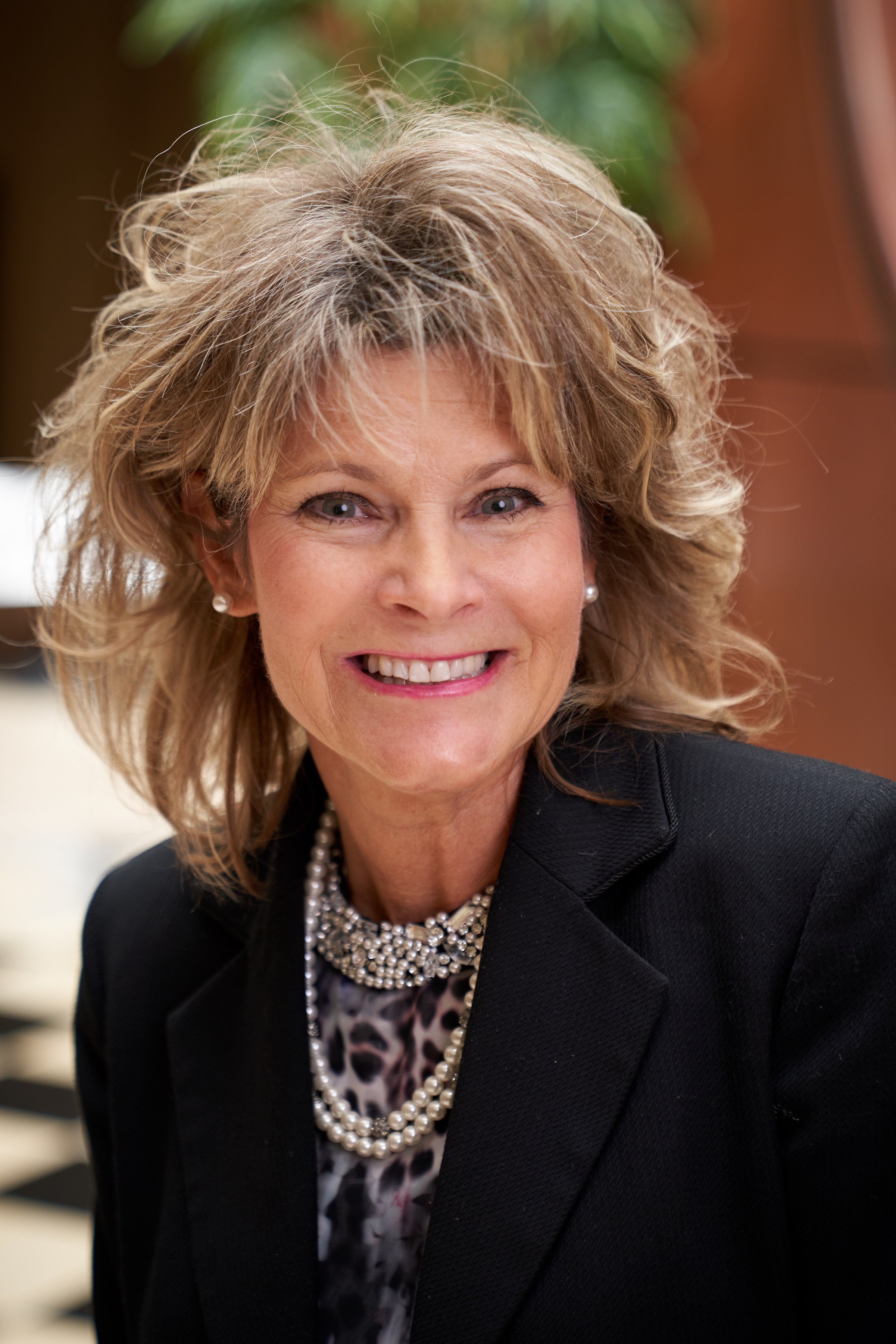 Pepper Mulherin is the Director of External Affairs at AT&T, having joined AT&T in 1995 after careers in consumer finance, insurance, and technical education recruiting. Pepper is a past-president of Rotary Club of Evansville and serves on numerous boards including The Richard G. Lugar Excellence in Public Service Series, Evansville Rotary Club, Southwest Indiana Chamber, Warrick Chamber of Commerce, Evansville Industrial Foundation, Growth Alliance for Greater Evansville, Lawrence County Growth Council and is presently president of Vanderburgh Industrial Park, InTRAC Indiana, and
Assistant District Governor 6580. Pepper holds a Masters of Public Service Administration from the University of Evansville and holds undergraduate degrees from the University Southern Indiana. 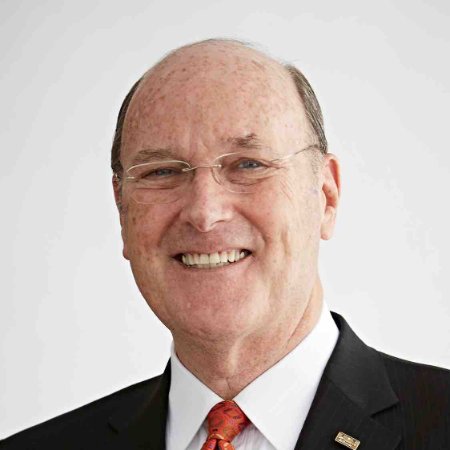 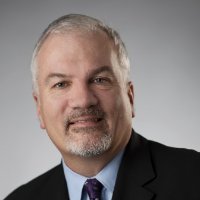 Dan Peterson is Vice President, Industry & Government Affairs, for Cook Group, Inc., based in Bloomington, Indiana. Since joining Cook Group in 1989, Dan has held a variety of leadership roles in the areas of operations, finance/accounting and human resources. His current responsibilities involve industry, government, and external affairs, with a focus on healthcare delivery, education and workforce development. Dan sits on many boards including the Indiana Bioscience Research Institute (IBRI); BioCrossroads; Indiana Health Industry Forum; Bloomington Economic Development Corp.; and Indiana University Health South Central Region. Mr. Peterson holds a B.S. in Biology (1984) and an MBA in Finance (1989), both from Indiana University. Since 1963, Cook Group medical companies have been committed to creating innovative medical solutions that benefit millions of patients worldwide. 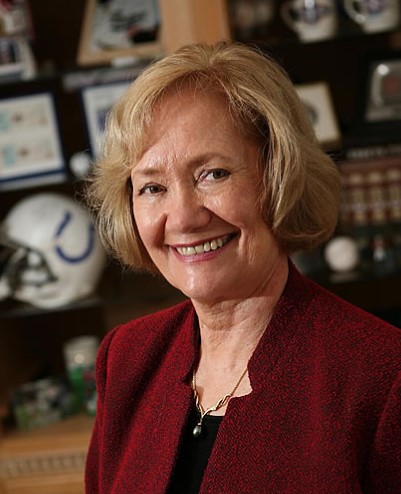 Beverley Pitts is President Emerita of the University of Indianapolis. Before taking a leadership position at UIndy, she served as Provost and Vice President for Academic Affairs and Interim President at Ball State University.  During her 20-year career at Ball State, she held a number of administrative positions including Associate Provost, Assistant Provost for Research, Director of General Studies and Academic Assessment, and Director of Graduate Studies in Journalism. Prior to coming to Ball State, she was founding chair of the Department of Communications at Anderson University. Since retiring from UIndy, she has worked as a consultant, focusing on higher education issues, working with the NCAA, the Woodrow Wilson National Fellowship Foundation, Lilly Endowment and for a number of years the National Football League Players Association. Dr. Pitts has a doctorate in higher education with a concentration in communications, a masters degree in journalism, and a bachelors degree in English. 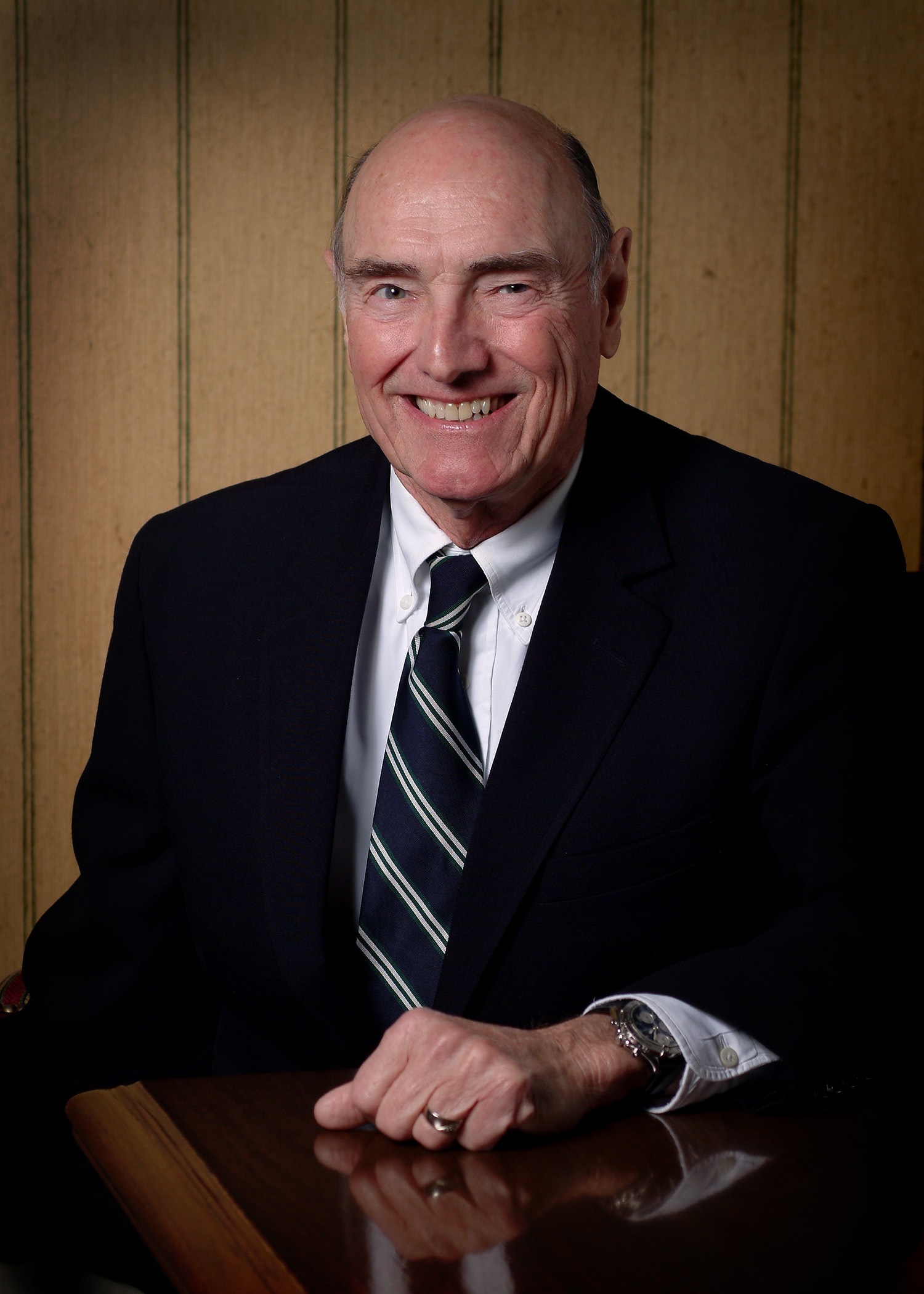 Aunt Millie’s is now in its third and fourth generations of leadership. Currently, John Popp and his two sons, Bohn and Chris, lead the company. In the 1980s, John pioneered an innovative distribution strategy that allowed Aunt Millie’s to serve customers with superb products using a network of dedicated drivers. The Popp family themselves regularly engage in taste tests to make sure that Aunt Millie’s is second to none in aroma, flavor, texture, and quality. Who would know better than a family with over 120 years in the bakery business! 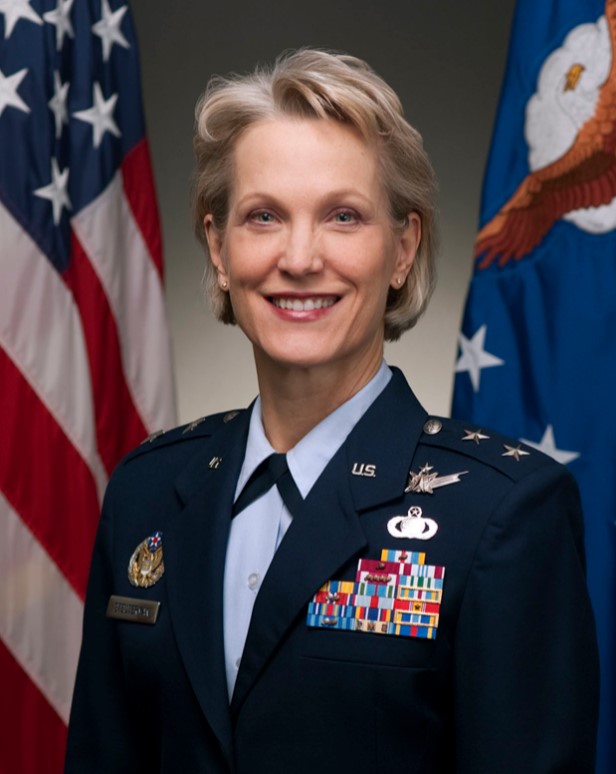 Major General Erika Steuterman retired from the United Air Force in February 2011 after 34 years of service. Erika began her career in the United States Air Force. A career intelligence officer, Gen Steuterman has served with the Air Intelligence Agency, Defense Intelligence Agency, National Security Agency, and US European Command in Stuttgart, Germany, among many others. She deployed in 2003 as the Director of the Information Operations Coordination Element at Al Udeid Air Base, Qatar, in support of Operations IRAQI FREEDOM and ENDURING FREEDOM and missions in the Horn of Africa. Now retired, has received many military decorations during her 34 years of service in the Air Force and has been recognized many times by the civilian not-for profit organizations with which she works. She most recently served as the Chair of the Indiana Veterans’ Affairs Commission, which is responsible for Hoosier Veterans and their families. General Steuterman earned her Bachelor of Language and MBA from Purdue University.