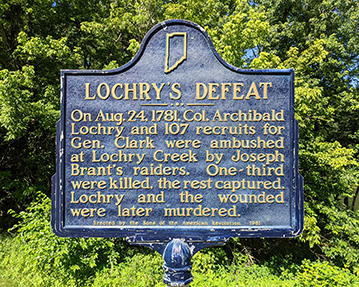 Erected by the Sons of the American Revolution, 1961

On Aug. 24, 1781, Col. Archibald Lochry and 107 recruits for Gen. Clark were ambushed at Lochry Creek by Joseph Brant's raiders. One-third were killed, the rest captured. Lochry and the wounded were later murdered.