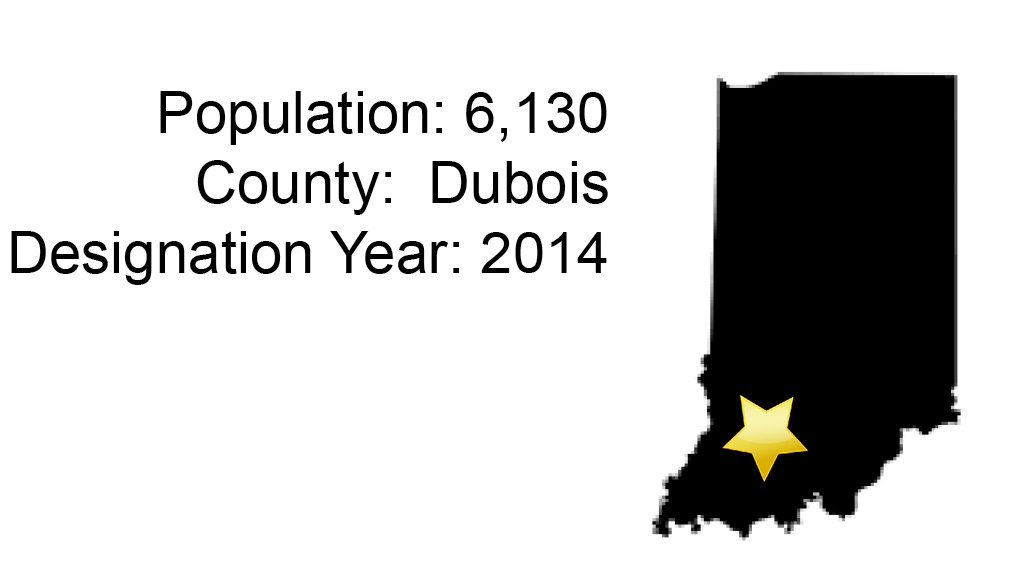 From the beginning of Huntingburg’s current mayor, Denny Spinner’s, term, he knew that Huntingburg needed to pursue Stellar. Immediately, he took a proactive approach and got in touch with the OCRA and began planning initiatives that would prepare Huntingburg for designation. In 2014, Stellar was awarded and Huntingburg began its Stellar story. At the point of designation, Huntingburg was struggling to keep up with the growing workforce. The Stellar planning committee framed the proposed projects as an answer to their core question: “How do we become the community of choice when it comes to where you want to live?”

From the beginning, Stellar was promoted, planned and communicated as proactively as possible. Ensuring that the community was on the same page was a priority of the Stellar planning team.

Rachel Steckler, Huntingburg’s director of community development, said that one of the key ways that the community was kept informed was through a carefully selected committee.

“We wanted people to feel like it was something that involved the community,” Steckler said. “The committee was the voice of Stellar in their circles within the community.”

Each member of this committee represented a different circle within the community and were designated advocates and promoters of Stellar’s progress and plans. Additionally, monthly meetings were held for the general public.

“We felt it was important to communicate what we were planning. We wanted to do what the public was expecting,” Steckler said.

Through the variety of connections and relationships that Stellar was fostering through this strategic communication plan, the designation also provided an opportunity for the city to connect with interested investors. As of 2017, over 88% of the money behind Stellar projects had been raised locally.

“What you can’t measure from Stellar is how we’ve entered the conversation where we wouldn’t have before on a local, regional and state level,” Spinner said. “Long-term, it’s allowed us to create a relationship with private organizations that will exist beyond Stellar.”

Huntingburg’s last and largest Stellar project, Market Street Park, will be completed by the end of 2018. Already, the city is looking ahead for what’s next. Using the Stellar funded strategic investment plan, a few projects have been identified as potential next steps for Huntingburg. According to Spinner, these post-Stellar plans were in the works even before the designation.

“We originally laid out some things that won’t happen with Stellar because we want all of our projects to be truly reflective of what we want to do and become,” Spinner said. “If we stay aligned with that, the community is going to be able to get on board.”

Since 2014, Huntingburg has seen development in several vitality indicators such as population growth, median household income, per capita income and employment.

In general, Huntingburg compliments the positive momentum pushing them towards their last few years of Stellar. More then 60 businesses have moved into the city due to the momentum.

However, this positive growth brings its own set of challenges that have to be addressed. As Stellar wraps up and the city regroups for its next steps, these statistics are informing the decisions.

“I’m just blown away by those statistics,” Spinner said. “This is why we tried to do this. We are changing the face of our community and it’s giving us the courage to continue to take calculated risks. Now, we’re identifying our needs and seeking to learn how to manage our successes while still looking ahead.”

Looking back, both Steckler and Spinner said they attribute Huntingburg’s successes as a Stellar community to their level of preparation and the insights they collected from outside perspectives.

“I’d say to any community interested in Stellar, that between State partners and the other communities that have earned the designation, you have access to vibrant leaders who have worked through this program,” Spinner said. “You have the opportunity to expose them to new ideas and learn from their ideas to compile best practices.”