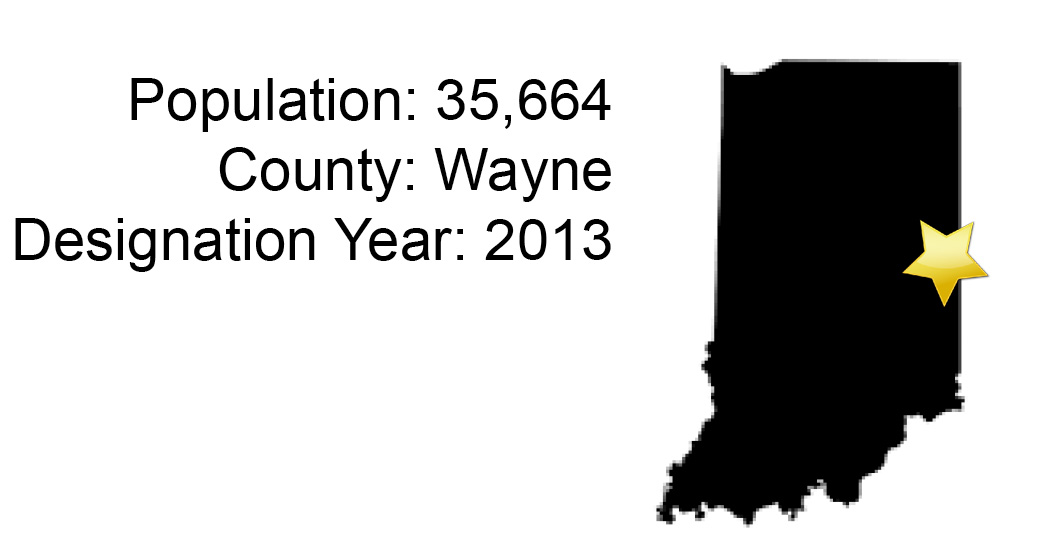 Richmond’s emphasis on community involvement and a “living, breathing strategic plan” played an important role in their 2013 designation after becoming a finalist in 2012. Prior to their designation, Richmond struggled with community blight and a declining downtown business district. In their 2012 application, the Stellar plan was widespread, covering a large portion of the city. For their 2013 application, Richmond went back to the plan and took time for community feedback. Ultimately, they created a more focused plan that truly captured what at it would take to improve Richmond’s residents’ quality of life.

“Richmond was at a tipping point in 2013,” Beth Fields, Richmond city controller, said. “We had momentum building up but it was hard to see the progress being made because funding was limited.”

In 2018, Richmond is wrapping up their last Stellar projects and is looking ahead to what’s next for their community. In regional Stellar’s inaugural year, Richmond is a finalist, partnering with Rushville, Union City and Randolph County to pursue another round of strategic, transformative projects.

“Stellar has helped us move forward in an impactful way,” Dave Snow, Richmond’s mayor, said. “It has not only sparked civic pride but it also enhanced our civic involvement. Looking now towards regional, that changes the scale. Regional Stellar gives us an opportunity to further collaborate as a larger team.”

After initially being turned down as a designee in 2012, Richmond’s perspective on what being a Stellar community means shifted. The community, leading up to 2012’s finalist status, was highly involved and anticipated success. Richmond’s Stellar team viewed this as an asset and maintained the momentum for next year’s application.

Even after receiving the designation, the community waited until 2016 to see any physical installations within Richmond. Regardless of the long wait, the community was supportive and engaged with Stellar.

“Between the years 2014 and 2016, there has been an increased investment in the properties that are downtown,” Beth Fields, Richmond’s city planner, said. “Businesses are more confident in making an investment.”

Richmond’s Stellar team made a concerted effort to have representatives of various projects physically present a local meetings and gatherings to answer any questions. Additionally, monthly meetings were held and community organizations were communicated with regularly.

One of the largest projects Richmond undertook was a major blight elimination initiative paired with owner occupied housing rehab. 165 houses have been demolished to date and 15 more are projected to be added to that total.

Looking back, Fields traces the city’s success to the planning that the city completed in 2012 and 2013 for Stellar and their flexibility to modify the plan as needs evolve.

“It’s important for us to understand that the plan is ever changing. All of the legwork that we did in previous planning, talking to the community and gathering their input, allowed us to move as quickly and smoothly as we did,” Fields said.

Quality of place is something that Richmond’s planning committee perceives as a critical tool in attracting more residents. The most recent trend in homeownership is that individuals are choosing where to work based on its proximity to where they want to live. When Snow took office in 2016, he saw Stellar as a way to address this trend.

“This is such a unique designation. As a Mayor, I’m always promoting economic growth and quality of life, but this really connects the two of them,” Snow said. “They really are very intertwined.”

In addition to the pursuit of regional Stellar, the city of Richmond is seeking to redefine their community through a re-brand. This project intends to better capture the elements of Richmond that retain and attract individuals and incorporate those into its identity.

“I’m trying to build our common narrative that captures who we are and where we want to go,” Snow said, “Once we can latch on to that, our community can make a connection and better express their appreciation of a place they view as home.”