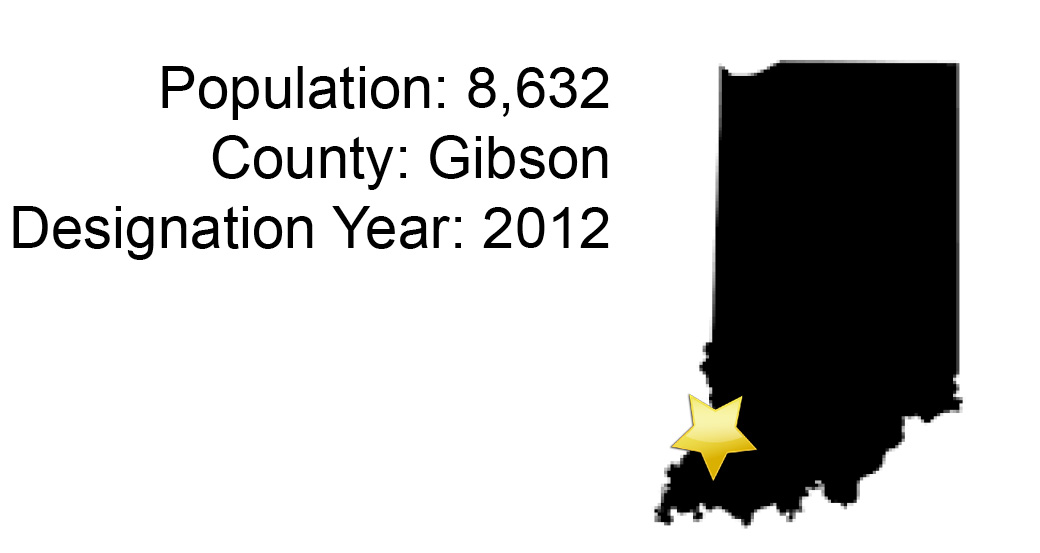 After coming in third place in 2011, Princeton applied again in 2012 to receive the Stellar designation and undertook projects specifically focused on downtown revitalization. At the time, Princeton was struggling with a fluctuating population. Robert Hurst, Princeton’s mayor at the time, recognized the need for the community’s quality of life to be addressed and began several planning initiatives. Through a Comprehensive Plan (‘10), Downtown Revitalization Plan (’10), Parks and Recreation Master Plan (’11) and Housing Study (’11), Princeton was in a position to accept their Stellar designation and make major changes to their downtown.

Princeton’s Stellar Committee’s recognition of the need for downtown revitalization played hand-in-hand with Stellar’s initiative to improve resident’s quality of life. Toyota, Princeton’s largest employer, encouraged the city to buy into this vision and supported them through various means.

“Because of Stellar, we were pushed to plan on a larger scale then we had ever thought before,” Todd Mosby, former CEO of Gibson Economic Development Corporation, said.

Mosby’s organization was a close partner to the city during their Stellar planning and implementation. Specifically, they helped formulate Princeton’s vision. James Rice, partner at HWC engineering, was also a part of this process. Over the course of several years, he’s helped several Stellar communities work through their plans.

“Each community is different, they have their own personality, but in their planning they have to remain true to who they are,” Rice said. “We didn’t mimic what worked for someone else. We found our identity and built off of that.”

In the midst of various Stellar celebrations following designation, the city was already breaking ground and making progress on complimentary projects. Headed into the Stellar projects, they set a goal of introducing a new major project every year. Unfortunately, this didn’t come to fruition. “That lag time between the announcement and implementation was surprising to many,” Mosby said. “People like things the way they are, even though we offered opportunities for input, people were anxious and even angry at the length of the planning process.

“When I started, it was a bit like drinking out of a fire hose. I had a good understanding of the projects, I just didn’t have that behind the scenes perspective,” Schmitt said. “The regulations came as a shock.”

Previous to Schmitt, Robert Hurst served as Mayor of Princeton during the early stages of Stellar. During his term, he put together a special umbrella committee consisting of local businesses and non-profits, large and small. Their input was critical in the planning phase of Stellar projects.

“The mayor (Hurst) made a point to call these organizations and ask for input,” Mosby said. “With a wide representation of different organizations, it was helpful and it gave us a perspective we needed and sometimes we couldn’t see ourselves.”

However, as projects began to be implemented, the level of communication between local organizations began to decrease. When Schmitt began his term as mayor, he sought to revitalize communication surrounding Stellar through various approaches. “I made a point of going around to different businesses and spoke to them individually and directly,” Schmitt said. “I’d literally knock on the door.”

In addition to face to face conversations, Schmitt focused on developing a relationship with the local media. The Stellar committee put together a schedule with project updates and projected completion dates and used it as a public communication tool.
Now that Stellar projects are completed, Princeton has shifted its focus towards increasing the city’s population. Toyota, Princeton’s largest employer, was one of Stellar’s partners and contributed one million dollars towards the projects. Now, when it comes to city planning, they are actively involved in the city’s initiatives.

“Currently, we’re trying to attract developers to build places for workers to live. So far, we’ve started construction for two subdivisions, which are the first subdivisions that have been built in Princeton in over 30 years,” Schmitt said.

Looking back, Mosby said that he believes several of the issues that Princeton faced throughout the Stellar process could have been avoided through better communication.

“I think one of our mistakes was not answering the criticism,” Mosby said. “We could have been more proactive. A lot of the time, the community just didn’t know about all of the good that was happening behind the scenes.”

Regardless of these issues, Rice, who has worked with several Stellar communities, said that he witnessed great transformation in the City of Princeton.

“You can stand in one place downtown and see almost all of the projects, it’s changed the fabric of the city,” he said. “It definitely provided a new sense of pride, it’s just obvious. Even the naysayers saw the good in the end.”