Trooper Burman responded to a call for assistance with a disorderly subject in the town of Camden located in Carroll County. When officer's attempts at negotiation failed, the subject retreated into his residence. As the officers entered the house, they were met by the subject's resistant wife, while he fled down a hall in search of a gun. As Trooper Burman entered the room where the suspect was waiting, he was shot at close range with a high powered rifle. 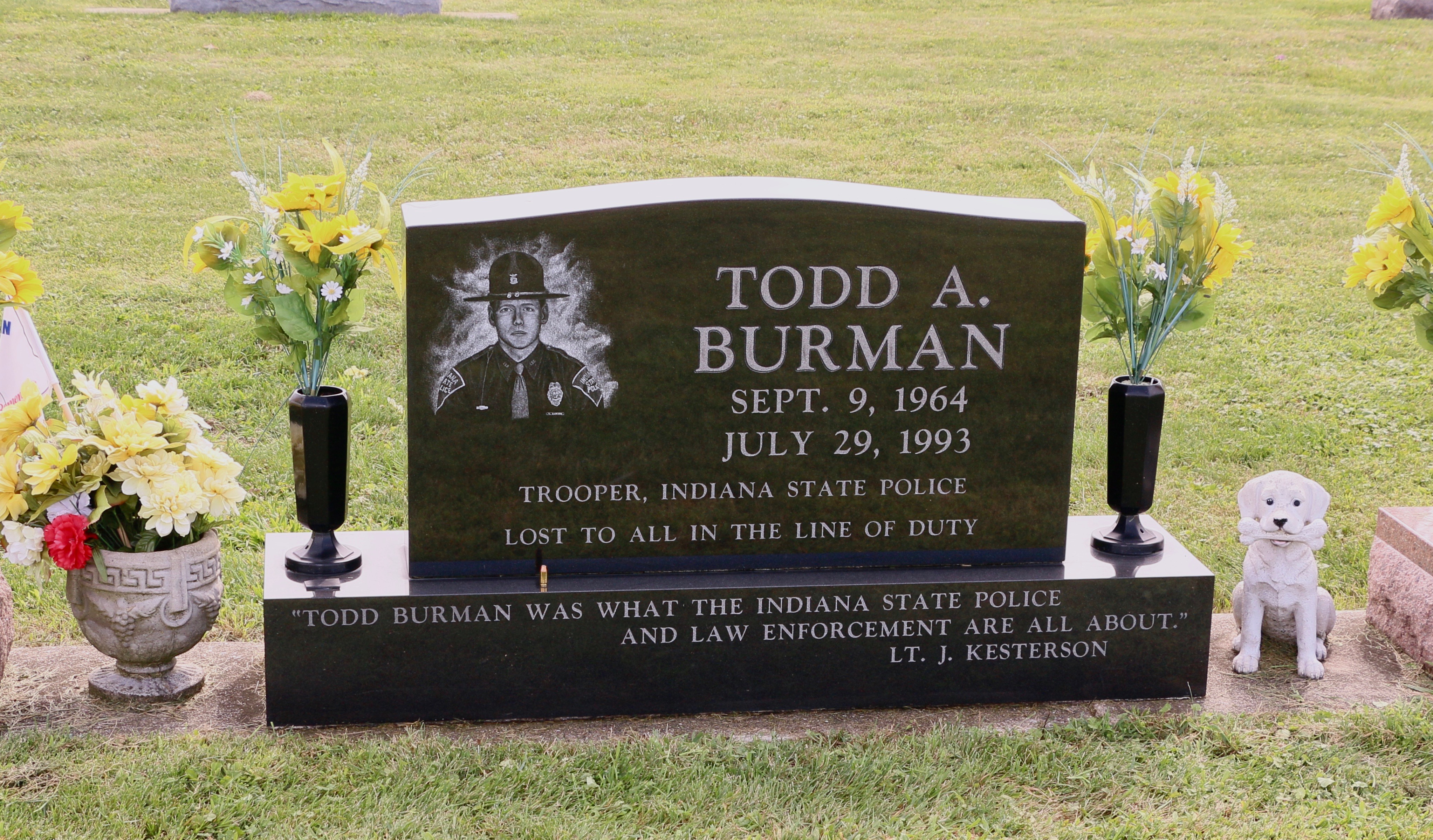