The I-65 Northwest Indiana Expansion Project is the INDOT's initiative to improve traffic flow and add capacity on I-65 from State Road 2 (S.R. 2) to U.S. 30 in Newton and Lake counties.

The project added one travel lane in each direction on this approximately 13-mile stretch of I-65. Additionally, the northbound and southbound bridges over the Kankakee River were replaced to accommodate future expansion of the I-65 corridor. The project also included resurfacing the overpasses at 93rd, 113th, 137th and 153rd avenues and main line bridge work at 109th Avenue, U.S. 231 and S.R. 2. The project opened to traffic in November 2018.

While construction is underway, motorists traveling in the area are likely to experience lane shifts and restrictions in the construction zone. An overview of these can be found here. 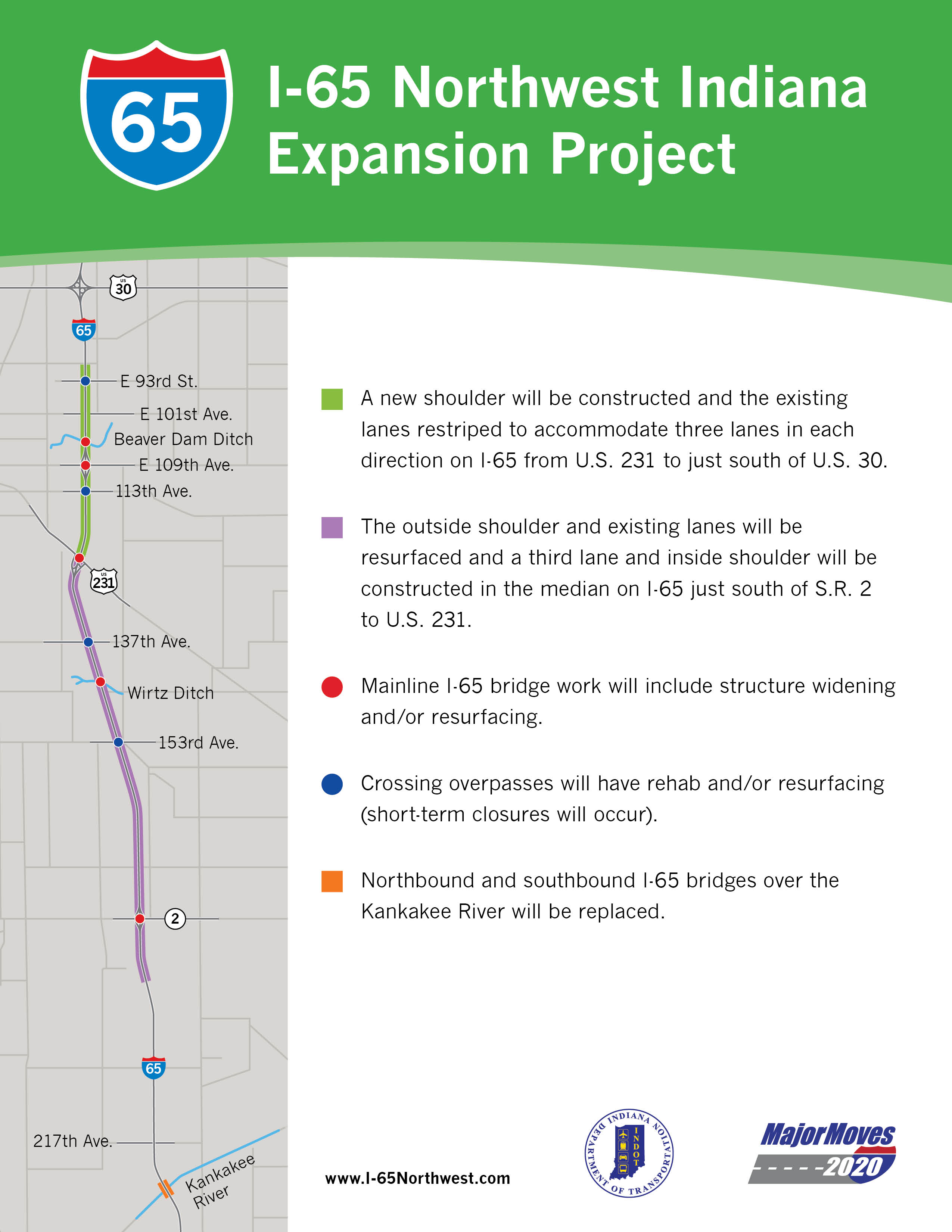 The I-65 Northwest Indiana Expansion Project is broken into three segments: ​

Because the project is being constructed on an accelerated timeline, work is expected to be completed in the fall of 2018, 18 months earlier than previously expected.

The two-year project, which began in May 2017, will add one additional travel lane in each direction on this approximately 13-mile stretch of I-65 and replace the northbound and southbound bridges over the Kankakee River to accommodate future expansion of the I-65 corridor.