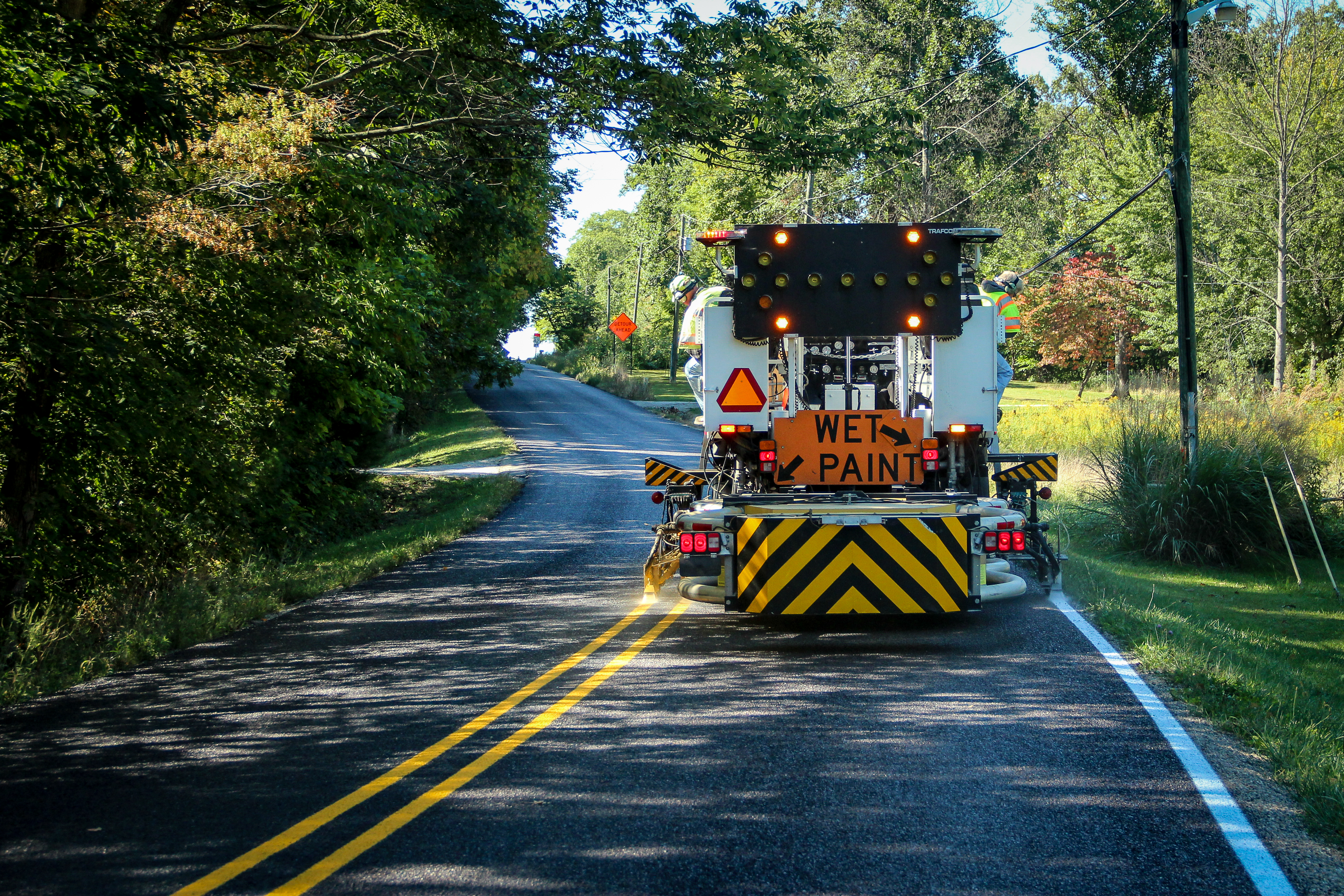 Pavement markings are used to convey messages to roadway users. They indicate which part of the road to use, what conditions lay ahead and where passing is allowed. Pavement markings include both centerline and edge-line paint striping or special markings, such as stop bars, railroad crossings and turn arrows.

INDOT district crews generally repaint pavement markings between April and October. Each year, INDOT measures edge line retroreflectivity, or how much light is reflected back at the driver’s eyes from the car’s headlights. If the retroreflectivity is below the minimum threshold, the edge lines are repainted.

Installation and removal of traffic markings and snowplowable raised pavement markers are required to conform with the Manual of Uniform Traffic Control Devices (MUTCD), the Standard Specifications, and construction project plans.

There are three types of pavement markings:

INDOT makes every effort to reduce vehicle damage during and immediately after pavement marking projects. While these efforts may not prevent all damage to vehicles during the process, they substantially reduce the likelihood of damage.

Regular waterborne paint should dry to no tracking 60 seconds after application, although this time may vary depending on temperature and humidity.

Longitudinal markings typically use a moving operation, so no work zone is set up. However, INDOT will position rear escort vehicles with warning signs to alert drivers. Drivers should never be between the paint truck and the escort vehicle(s).

A temporary work zone is more likely to be set up during installation of transverse markings.

Below are steps motorists can take to protect their vehicles when driving near fresh pavement markings:

If a motorist gets pavement markings materials on their vehicle, they should wash the affected area with soap and warm water as soon as possible.

To report a concern please contact the Next Level customer service number at 855-463-6848 or at INDOT4U.com