A woman who was trapped inside a submerged car on a rainy, cold December day owes her life to INDOT’s Todd Fisher.

Being a hero is nothing new to Fisher, a Seymour District Martinsville Unit highway technician who joined INDOT in March 2021. While not working for INDOT, he serves as volunteer firefighter for the Jackson Township Fire Department No. 5 in Brown County and has worked for the Brown County Sheriff’s Office.

Fisher lives on Lake Lemon, a reservoir bounded by private and public property in Brown and Monroe counties. Not long after arriving home from his INDOT shift Dec. 17, Fisher heard a dispatch on the local police scanner for assistance regarding a car that had plunged into Lake Lemon at the causeway on South Shore Drive. Fisher knew that he was only five minutes away and immediately drove to the scene, still wearing his INDOT work clothes.

After arriving at the scene in rainy, 39-degree weather, Fisher realized that no other first responders were present. A dozen onlookers had gathered.

“A car was three-fourths submerged into the water more than 100 feet away from the shore,” said Fisher. “I heard someone in the back of the car yelling.”

Fisher didn’t hesitate. He retrieved a tire tool in case he needed to break the car’s window. He handed a bystander his wallet and then punched in the phone number for the Brown County Sheriff’s Office. He gave the phone to the bystander and instructed him to tell the sheriff’s office that Jackson Township No. 529 was on the scene and going into the water at this time.

“I walked and swam to the vehicle, and the person in distress was a woman in her early 20s,” said Fisher. “I asked her three times if she was the only occupant, and she assured me that she was the only one. I was able to open the door and get her out just before the car submerged farther, to the point where she would have drowned. She had been in the vehicle on the lake for 15 minutes.”

Fisher assisted the woman back to the bank of the lake. Onlookers helped them out of the water and up to the road. Emergency personnel still hadn’t arrived, so Fisher updated dispatchers to inform them that the motorist needed medical attention due to the cold.

Brown County Deputy Sheriff William Pool arrived to take over for Fisher. The woman was transported by ambulance to a local hospital, where she was treated and released.

“Todd Fisher arrived on scene before I did, and in the pouring rain and frigid temperatures he got into the water, without hesitation,” said Pool. “He undoubtedly saved the young lady’s life. We are very thankful to have such a selfless first responder for the Jackson Township Fire Department No. 5.” 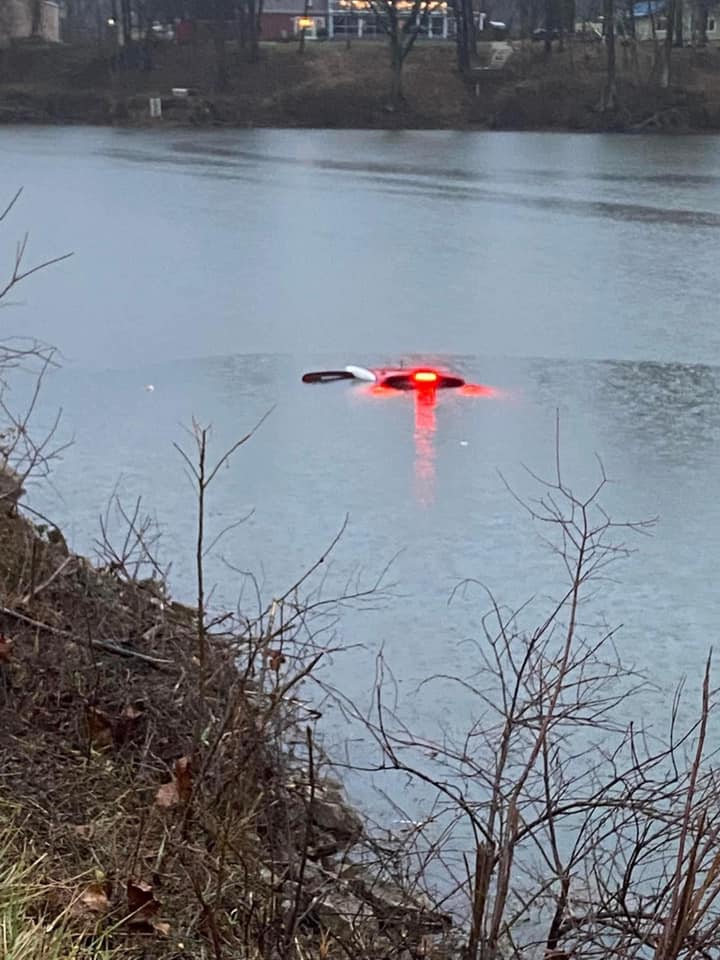 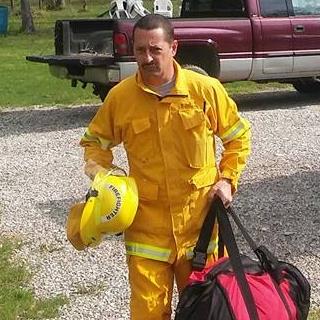