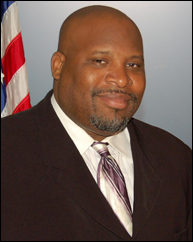 Since 1989, Emergency Operations has been tasked with handling the Department’s emergency preparedness.

When the normal becomes unfamiliar and the orderly running of the facility is interrupted by an incident caused by one or a group of individuals, the Indiana Department of Correction relies on the staff who have been properly trained to deal with such incidents. Regardless of the size or type of disruption to the smooth running of facility operations, the mission of these staff members is to return the facility back to normal operations, regardless of whether it is an incident handled by on-duty staff or the activation of support teams for assistance.

• Six individual mission-specific Emergency Teams strategy for all Emergency Teams to work together in emergencies, to resolve the situation, and begin recovery.
• Emergency Response Teams are designed to handle Emergency Situations from the smallest fight to the largest riot, disaster, or stand off.
• Each Team has its own equally important mission, equipment, weapons, tactics, and specified training to handle the situation. 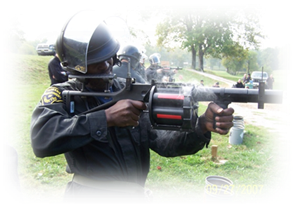 QRT consists of on-duty staff properly trained and capable of immediately responding to spontaneous emergencies or containing a situation until an E-Squad can be assembled, if needed.

K-9 Units may be assigned to the following task and/or assignments:

Specially-trained facility team that is activated during Level III or anticipated Level III emergencies to conduct negotiations during hostage situations or in situations requiring the use of negotiation tactics, e.g. barricaded suspects.

CISM is a comprehensive, organized approach for reduction and control of harmful stress.  CISM also provides assistance to employees who, in the course of their work, may become involved or may have knowledge of a critical incident which transpired at their facility. 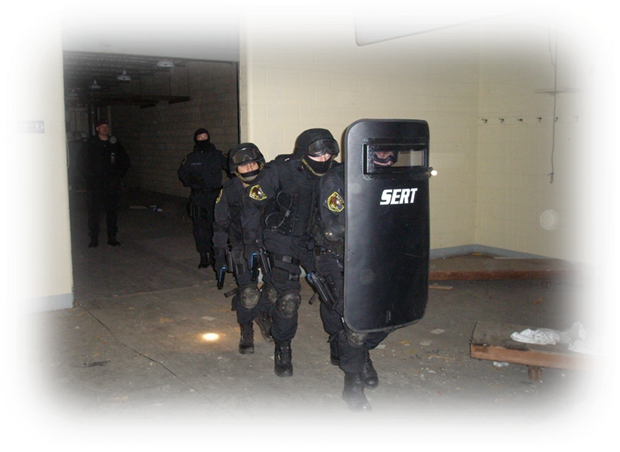 Emergency Response bloodhounds are used quite often around the state by County Sheriffs and State Police to search for missing persons. Our bloodhounds have found elderly, small children and even hunters lost in the Hoosier National Forest, as well as felons who have escaped from Deputies during transport.