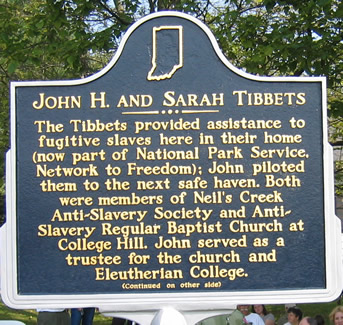 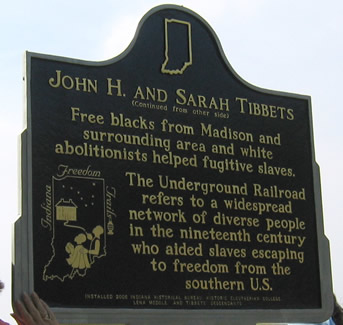 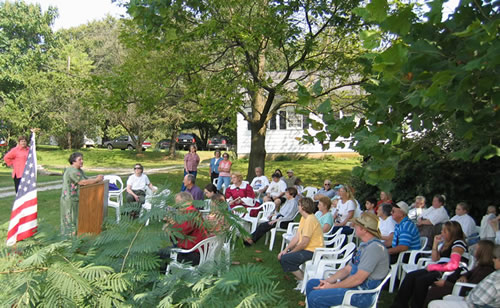 Jae Breitweiser, Historic Eleutherian College, Inc. greeted the audience at the site of the installation of an Indiana Freedom Trails state historical marker honoring John H. and Sarah Tibbets. The Tibbets home, today owned by Lena McDole, is in the background; Megan Brown, daughter of Lena McDole, planned and participated in the dedication which was part of Historic Eleutherian’s Fall Gathering. 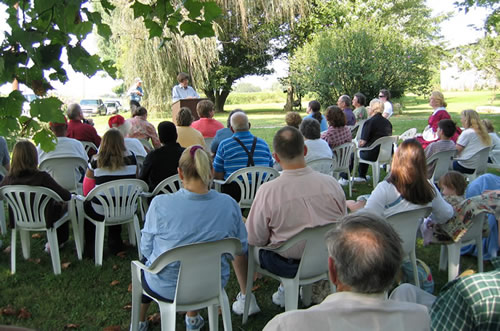 Marjory Tibbets Kendall described her great-grandfather’s “Reminiscence of Slavery Times,” written by John H. Tibbets about his and his wife’s participation in the Underground Railroad in Indiana. 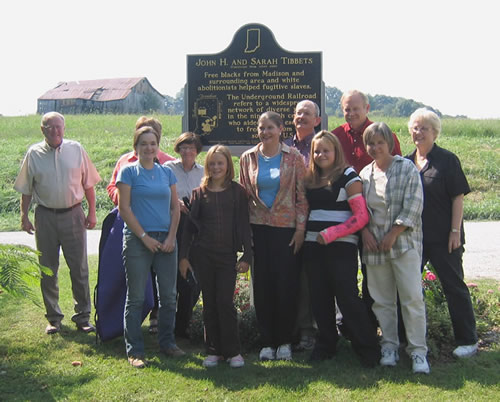