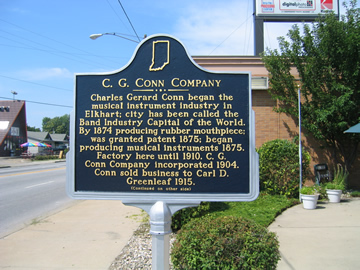 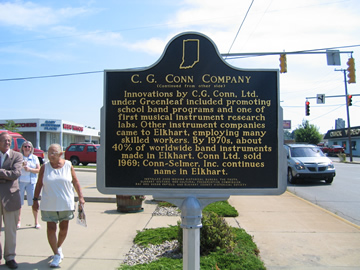 On August 5, 2006 the dedication of the C. G. Conn Company and E. Hill Turnock markers took place in Elkhart, Indiana. 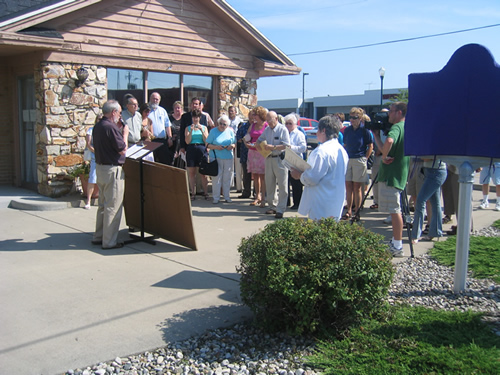 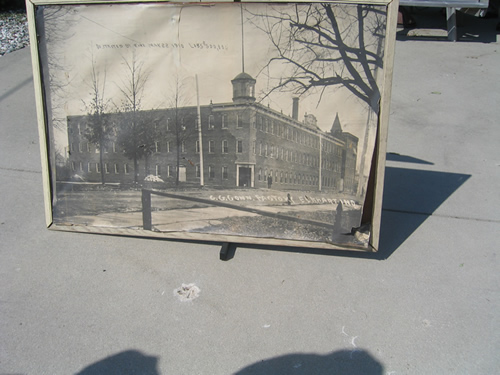 This large photograph is of the original Conn factory that stood on this site. 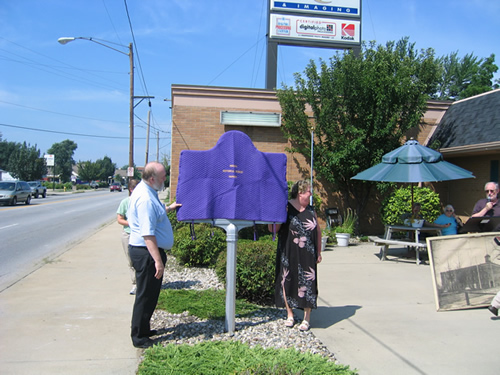 The C. G. Conn Company marker stands at the NW corner of Jackson Blvd. and Elkhart Avenue in Elkhart. 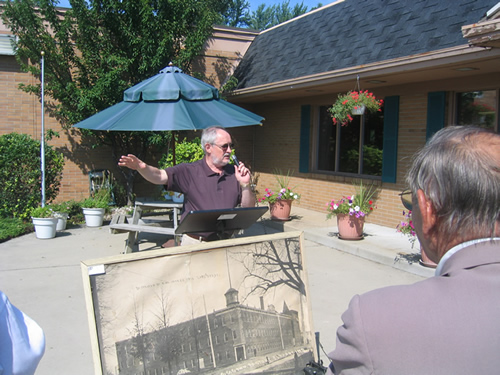 Marker applicant Ervin Beck addresses the audience during the ceremony. 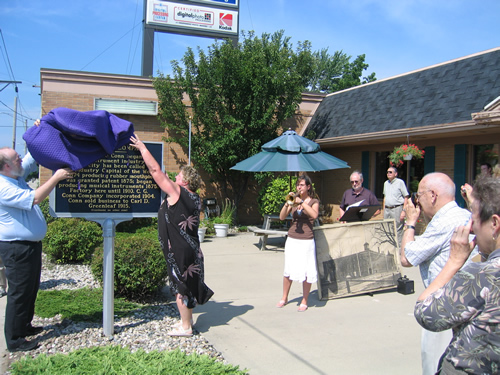 Dale and Pam Longacre, owners of the Elkhart Camera Center, which now stands on the site of the old Conn factory, had the honor of unveiling the marker, while daughter Tiffany played the National Anthem on an original 1880s Conn's coronet. 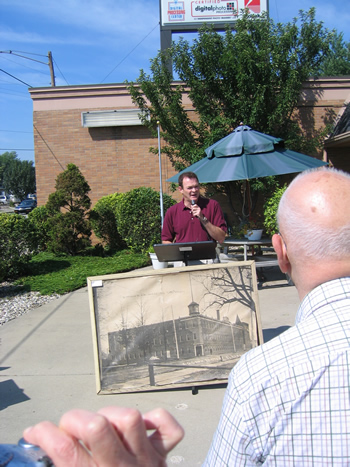 Honored guest, Indiana Representative Tim Neese, Elkhart, expresses his appreciation of the hard work done by those who helped make the marker possible. 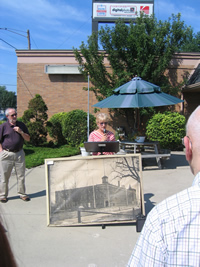 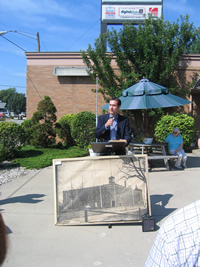 Several other area natives spoke at the dedication. 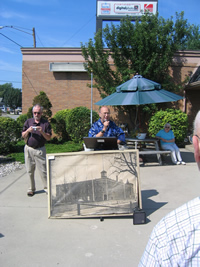 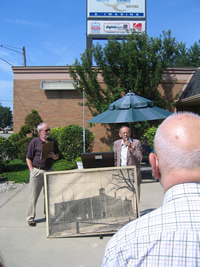