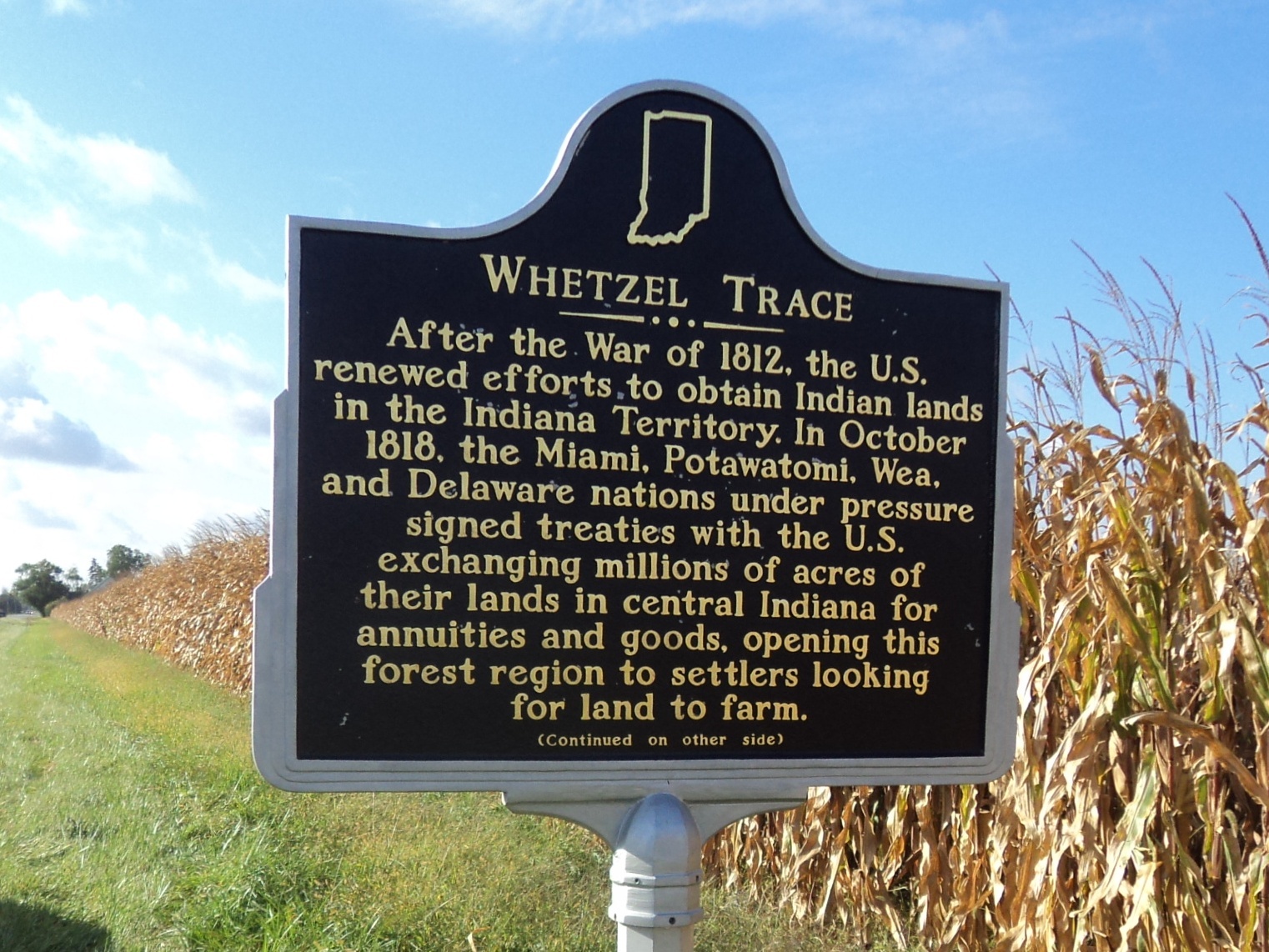 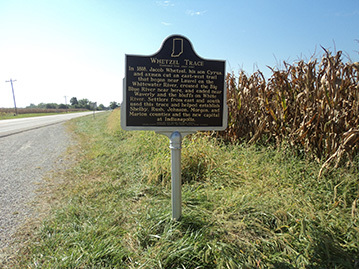 After the War of 1812, the U.S. renewed efforts to obtain Indian lands in the Indiana Territory. In October 1818, the Miami, Potawatomi, Wea, and Delaware nations under pressure signed treaties with the U.S. exchanging millions of acres of their lands in central Indiana for annuities and goods, opening this forest region to settlers looking for land to farm.

In 1818, Jacob Whetzel, his son Cyrus, and axmen cut an east-west trail that began near Laurel on the Whitewater River, crossed the Big Blue River near here, and ended near Waverly and the bluffs on White River. Settlers from east and south used this trace and helped establish Shelby, Rush, Johnson, Morgan, and Marion counties and the new capital at Indianapolis.