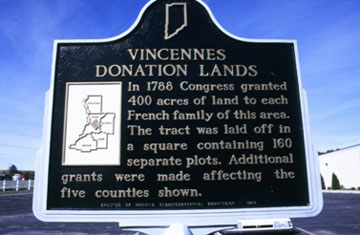 In 1788 Congress granted 400 acres of land to each French family of this area. The tract was laid off in a square containing 160 separate plots. Additional grants were made affecting the five counties shown. [map]