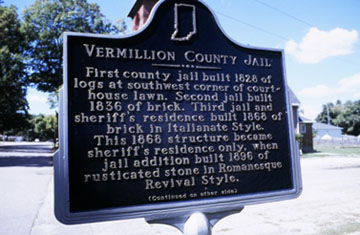 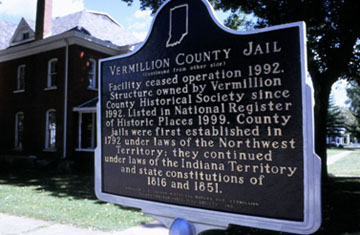 Facility ceased operation 1992. Structure owned by Vermillion County Historical Society since 1992. Listed in National Register of Historic Places 1999. County jails were first established in 1792 under laws of the Northwest Territory; they continued under laws of the Indiana Territory and state constitutions of 1816 and 1851.