The Village of Trask 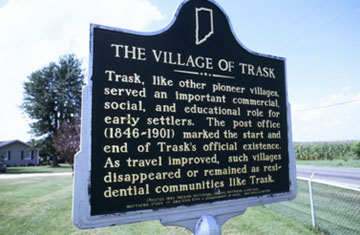 Trask, like other pioneer villages, served an important commercial, social, and educational role for early settlers. The post office (1846-1901) marked the start and end of Trask's official existence. As travel improved, such villages disappeared or remained as residential communities like Trask