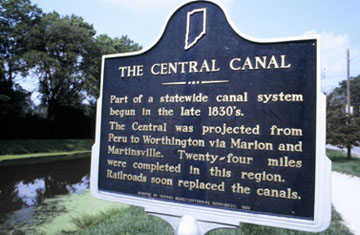 Part of a statewide canal system begun in the late 1830's. The Central was projected from Peru to Worthington via Marion and Martinsville. Twenty-four miles were completed in this region. Railroads soon replaced the canals.