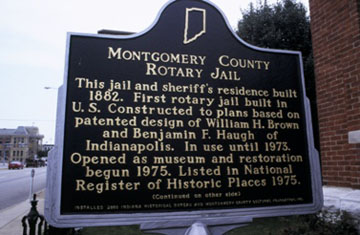 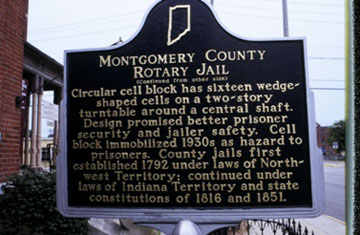 This jail and sheriff's residence built 1882. First rotary jail built in U.S. Constructed to plans based on patented design of William H. Brown and Benjamin F. Haugh of Indianapolis. In use until 1973. Opened as museum and restoration begun 1975. Listed in National Register of Historic Places 1975.