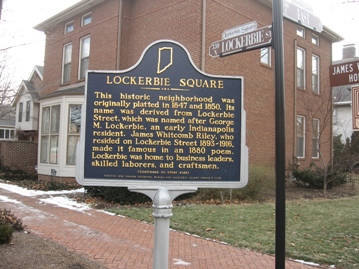 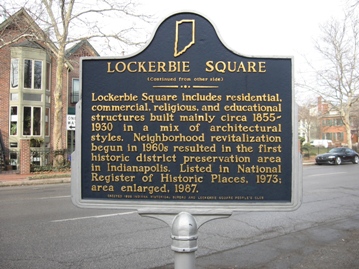 This historic neighborhood was originally platted in 1847 and 1850. Its name was derived from Lockerbie Street, which was named after George M. Lockerbie, an early Indianapolis resident. James Whitcomb Riley, who resided on Lockerbie Street 1893-1916, made it famous in an 1880 poem. Lockerbie was home to business leaders, skilled laborers, and craftsmen.