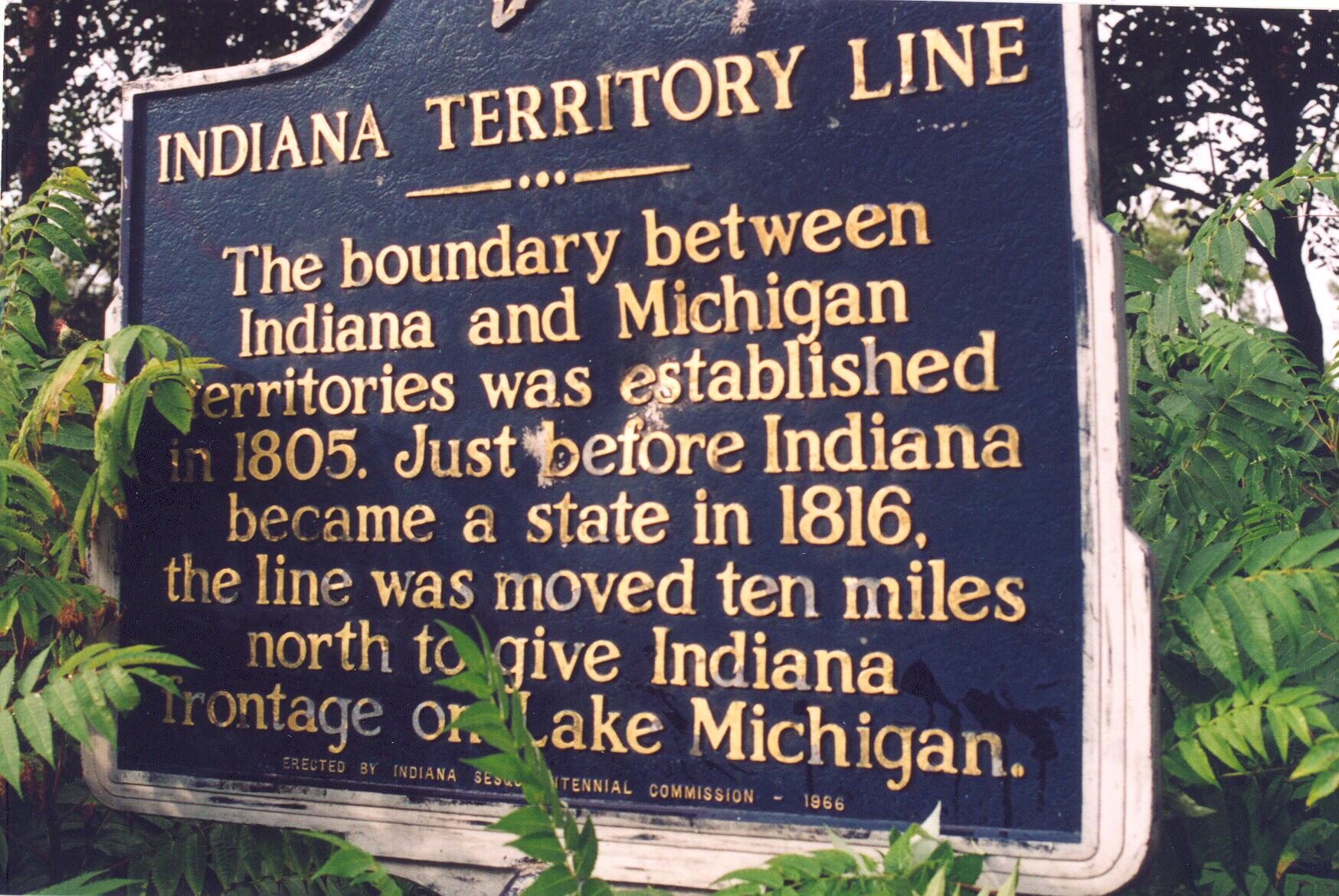 Location: On the west side of US 33 between Dunlap and Goshen, 0.3 miles north of CR 17, just to the east of Rieth Blvd., south of Elkhart (Elkhart County, Indiana)

The boundary between Indiana and Michigan territories was established in 1805. Just before Indiana became a state in 1816, the line was moved ten miles north to give Indiana frontage on Lake Michigan.