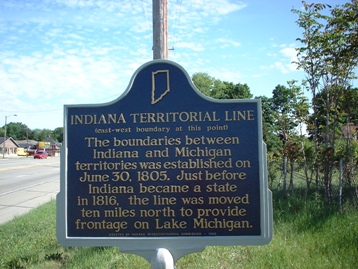 The boundaries between Indiana and Michigan territories was established on June 30, 1805. Just before Indiana became a state in 1816, the line was moved ten miles north to provide frontage on Lake Michigan.