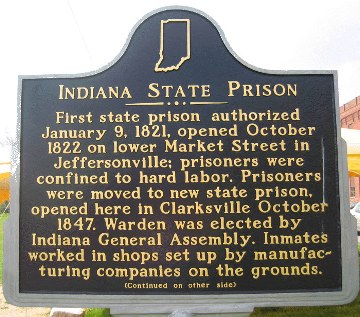 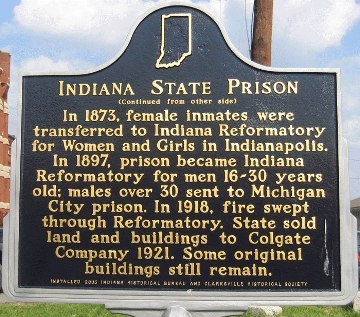 5.The law establishing the new prison specified that it was to be outside the town limits of Jeffersonville. Laws of Indiana, 1845-1846, p. 36. A 1781 act of the Virginia General Assembly provided a 150, 000 acre land grant to Colonel George Rogers Clark and his men on the northwest side of the Ohio River. A 1783 act established the process for locating and surveying that land "after laying out one thousand acres at the most convenient place therein for a town." William Henry English, Conquest of the Country Northwest of the River Ohio, 1778-1783 and Life of Gen. George Rogers Clark (Indianapolis and Kansas, 1896), 826-27. The town was platted in 1784 at the southwest corner of the 1, 000-acre grant and named Clarksville. The Indiana State Archives has the minute book of the Board of Trustees of the Town of Clarksville, in which is included the 1784 plan of the town. That plan is included on the Indiana Historical Bureau Web site as part of the George Rogers Clark Exhibit. See also, John D. Barnhart and Dorothy L. Riker, Indiana to 1816: The Colonial Period (Indianapolis, 1971), 254.