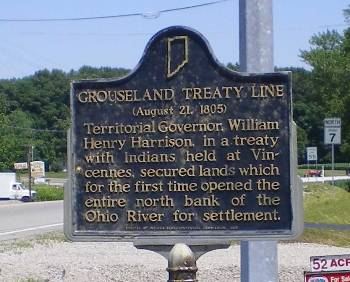 Territorial Governor, William Henry Harrison, in a treaty with Indians held at Vincennes, secured lands which for the first time opened the entire north bank of the Ohio River for settlement.