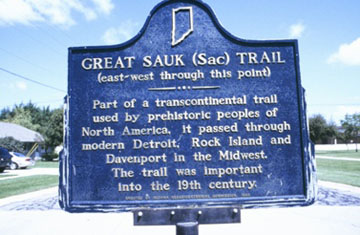 Part of a transcontinental trail used by prehistoric peoples of North America, it passed through modern Detroit, Rock Island and Davenport in the Midwest. The trail was important into the 19th century.