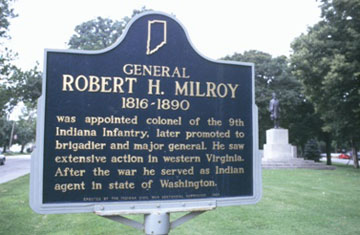 was appointed colonel of the 9th Indiana Infantry, later promoted to brigadier and major general. He saw extensive action in western Virginia. After the war he served as Indian agent in state of Washington.