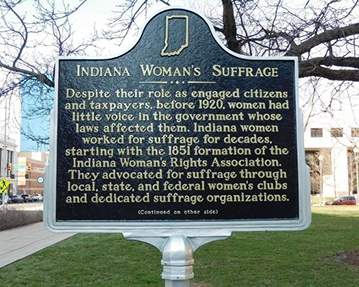 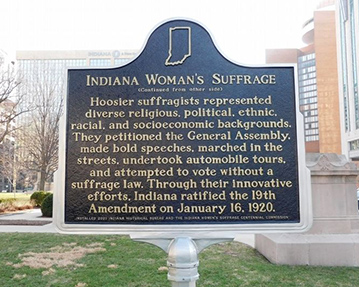 Despite their role as engaged citizens and taxpayers, before 1920, women had little voice in the government whose laws affected them. Indiana women worked for suffrage for decades, starting with the 1851 formation of the Indiana Woman’s Rights Association. They advocated for suffrage through local, state, and federal women’s clubs and dedicated suffrage organizations.

Hoosier suffragists represented diverse religious, political, ethnic, racial, and socioeconomic backgrounds. They petitioned the General Assembly, made bold speeches, marched in the streets, undertook automobile tours, and attempted to vote without a suffrage law. Through their innovative efforts, Indiana ratified the 19th Amendment on January 16, 1920.