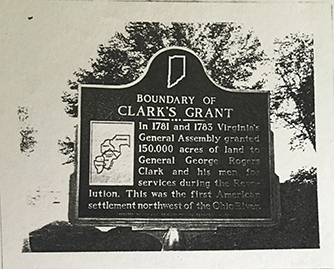 In 1781 and 1783 Virginia’s General Assembly granted 150,000 acres of land to General George Rogers Clark and his men for services during the Revolution. This was the first American settlement northwest of the Ohio River.