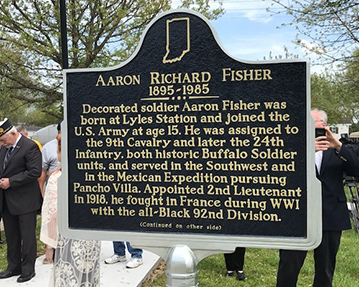 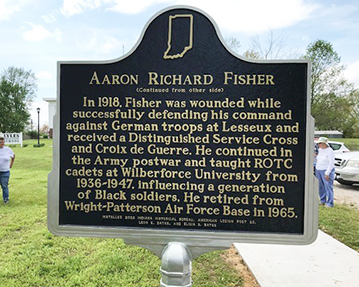 Decorated soldier Aaron Fisher was born at Lyles Station and joined the U.S. Army at age 15. He was assigned to the 9th Cavalry and later the 24th Infantry, both historic Buffalo Soldier units, and served in the Southwest and in the Mexican Expedition pursuing Pancho Villa. Appointed 2nd Lieutenant in 1918, he fought in France during WWI with the all-Black 92nd Division.

In 1918, Fisher was wounded while successfully defending his command against German troops at Lesseux and received a Distinguished Service Cross and Croix de Guerre. He continued in the Army postwar and taught ROTC cadets at Wilberforce University from 1936-1947, influencing a generation of Black soldiers. He retired from Wright-Patterson Air Force Base in 1965.