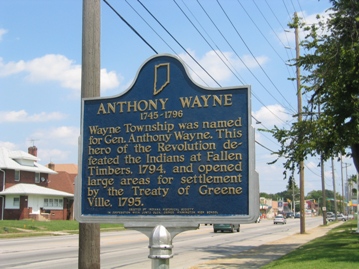 Wayne Township was named for Gen. Anthony Wayne. This hero of the Revolution defeated the Indians at Fallen Timbers, 1794, and opened large areas for settlement by the Treaty of Greene Ville, 1795.