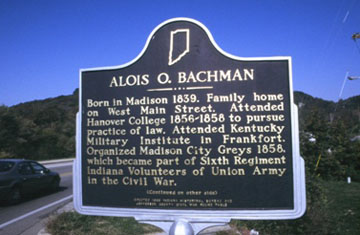 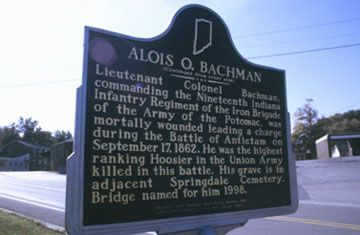 Lieutenant Colonel Bachman, commanding the Nineteenth Indiana Infantry Regiment of the Iron Brigade of the Army of the Potomac, was mortally wounded leading a charge during the Battle of Antietam on September 17, 1862. He was the highest ranking Hoosier in the Union Army killed in this battle. His grave is in adjacent Springdale Cemetery. Bridge named for him 1998.