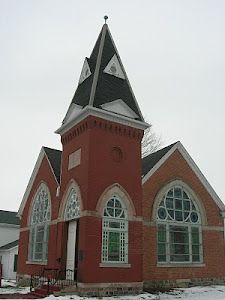 Historically, Indiana has not always been a welcoming place for immigrants, so it’s especially invigorating to come across a story of inclusion. Residents of the small town of Ligonier in Noble County, Indiana, were greatly accepting of the Jewish German immigrants who arrived there starting in the 1850s. Additionally, Ligonier residents of today are continuing to work to preserve this rich Jewish history. In fact, on Sunday, August 31, the Ligonier Historical Society will be celebrating the 125th anniversary of the local synagogue with the unveiling of a new State Historical Marker to the congregation Ahavath Sholom.
For more information on the founding of the congregation and the 1889 dedication of the synagogue, see “Sholom Ligonier! Part One: ‘An Ornament to Ligonier.’”

By the 1880s, the congregation Ahavath Sholom had built the beautiful synagogue that stands today and had established themselves in the community of Ligonier, which respected and accepted its German Jewish neighbors.  While conducting research into the history of the synagogue, I was struck by the commitment of the religious communities of nineteenth century Ligonier to forming a “closer union” with each other. Through newspaper articles and the meeting minutes of Ahavath Sholom, we can observe decades of friendship and support between the “gentile” community, the local Christian congregations, and Ahavath Sholom. This diverse group of Ligonier residents celebrated the building of new places of worship together in the nineteenth century and mourned the nation’s fallen president in the twentieth. Over several decades, the pastors and rabbis of Ligonier congregations spoke at each other’s services and delivered public lectures, fostering an atmosphere of brotherhood and scholarship. 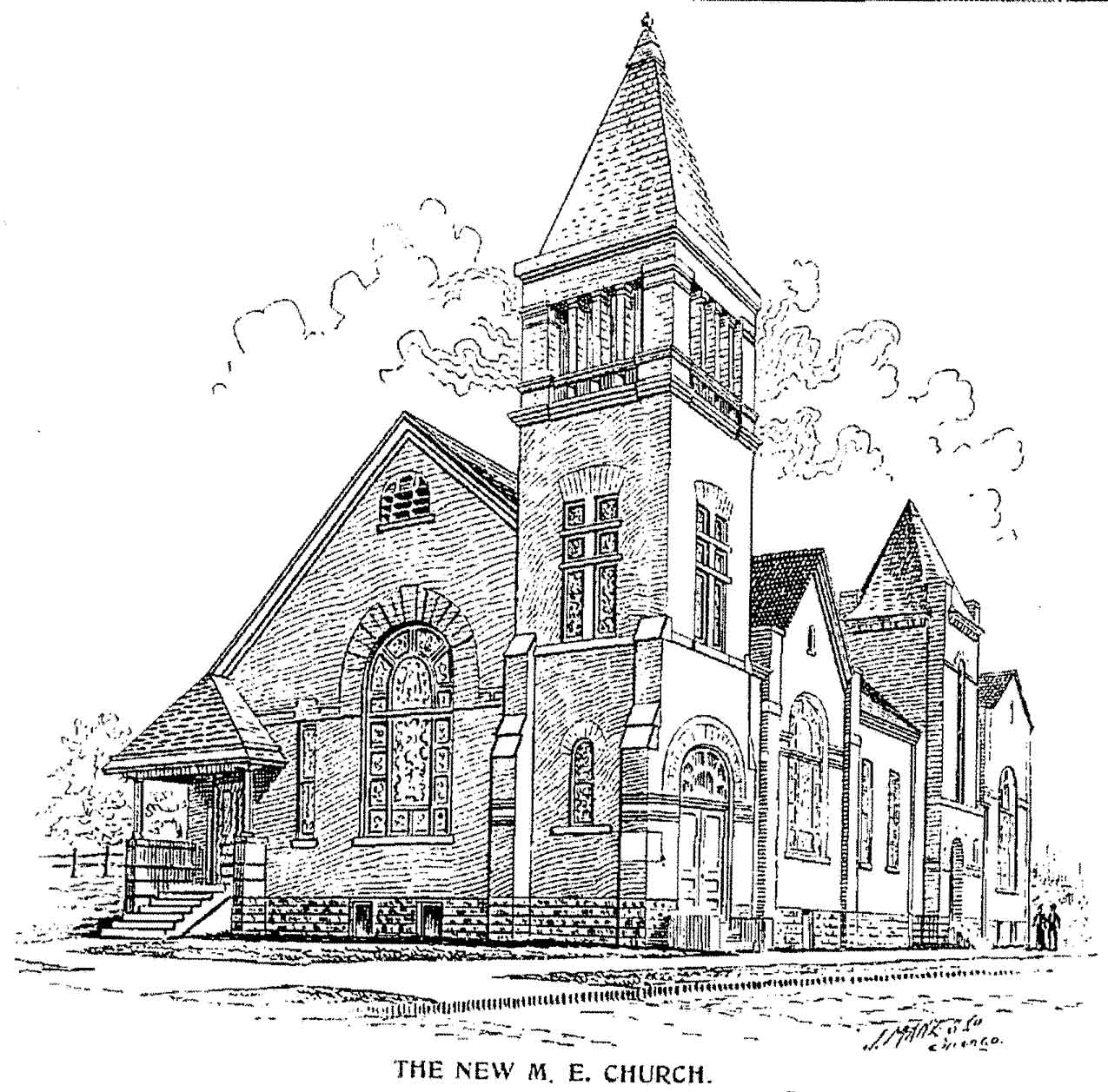 In 1888, the Ligonier Banner reported that “the Jewish synagogue was the scene of an interesting ceremonial yesterday in the celebration of the Feast of the Penticost [sic]… The services…were attended by the entire congregation and a large number of our gentile citizens.” The newspaper reported that those in attendance considered the services and the rabbi’s lecture “the most successful exercise ever held in town.” By the 1890s, Ahavath Sholom Rabbi Dr. Julius Magil had introduced a scholarly atmosphere to the synagogue and an intellectual exchange with local religious leaders. An especially close relationship formed between Ahavath Sholom and the Ligonier Methodist Episcopal Church. The Ahavath meeting minutes show that in 1896, the Jewish congregation resolved to offer their temple to the M.E. Church while the Methodists built their own church. In 1897, the Ligonier Methodist Episcopal Church passed a resolution to “express their most sincere thanks to the congregation of Ahavath Shalom for their great kindness, shown in the tender of the beautiful temple of worship for our use during the erection of our own church. That we will always cherish for them a kindly feeling, even brotherly love, for this, their kindness to us.” The Ligonier Methodist Episcopal Church was dedicated and opened to the public Sunday, January 24, 1897. One of the speakers at the ceremony was Rabbi Magil. 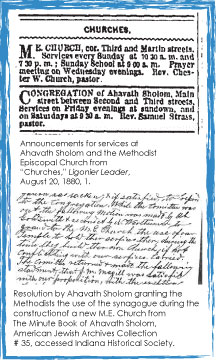 That same year, the Ahavath Sholom Congregation passed a resolution thanking the pastors of several local churches as well as the superintendent of public schools “for having occupied our pulpit at intervals during the past few months, delivering a course of interesting and instructive lectures, and we, in behalf of the congregation, beg to assure them that these lectures were highly appreciated and proved of great value, bringing about a closer union, which we trust will always continue.” In 1899, Ligonier citizens gathered at the temple to hear the Rabbi of Ahavath Sholom, ministers of local Christian churches, G. A. R. representatives, and the Colonel of the 157th Indiana U.S. V. speak on “the heroic deeds of American soldiers and sailors during the American-Spanish war of recent months.” The Ligonier Leader reported that “the Temple was crowded as it never was before by a thoroughly representative gathering – standing room only,” and that the program was “excellent” and “perfectly arranged” by Magil and other Ahavath members. When President William McKinley was assassinated in 1901, Ligonier residents closed their businesses, draped the buildings in mourning, and flew flags at half mast. Then they gathered at the Methodist Church for services. The mayor gave a short address before religious leaders from the Presbyterian, Methodist, and Jewish congregations comforted their members. 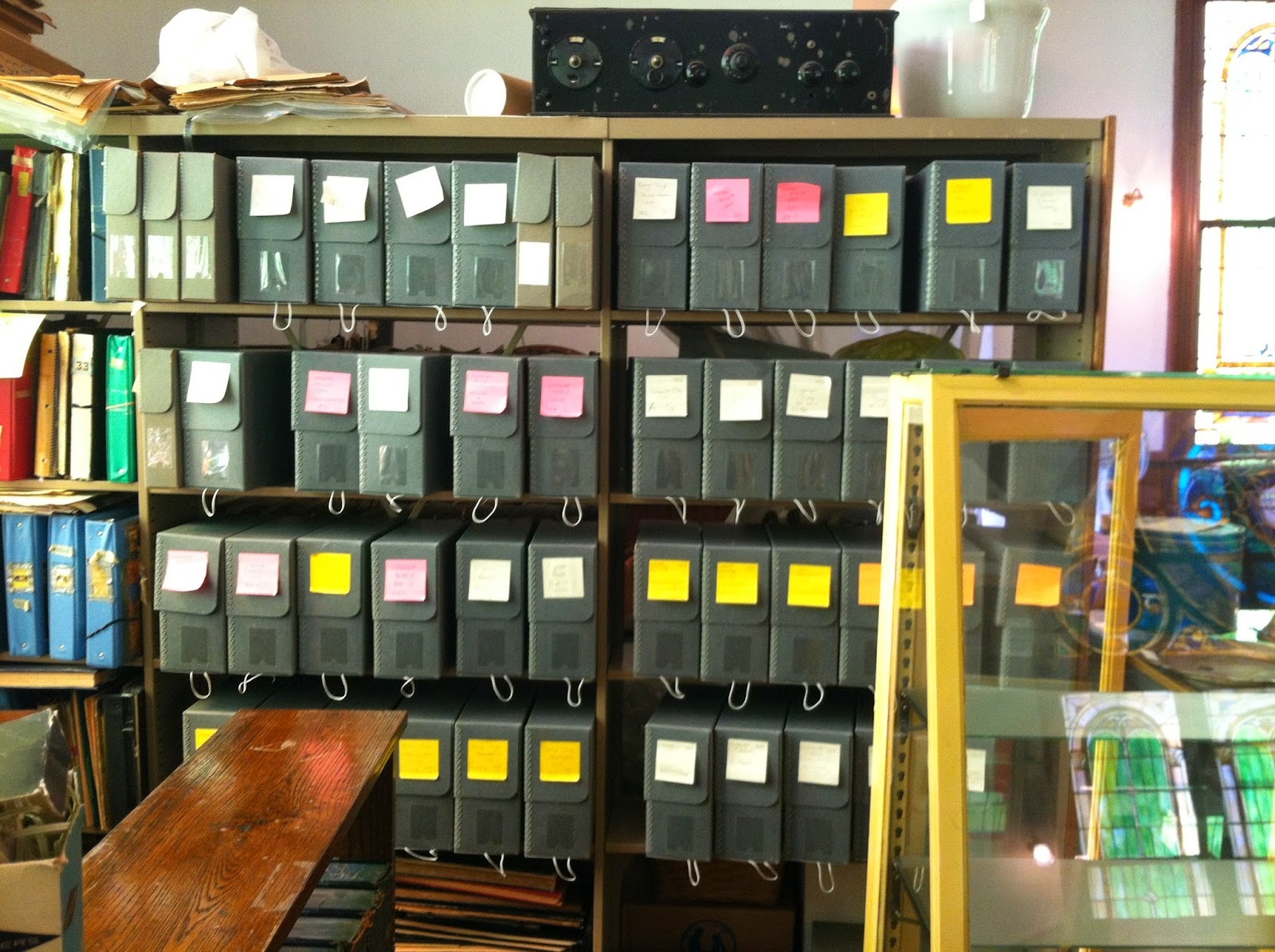 Files from the Ahavath Sholom collection located in the synagogue being processed by the Ligonier Historical Society, photo and more information at: http://ligoniertemple.blogspot.com/

According to the Waterloo Press , in 1905, “When the Jewish synagogue was given a new dress, services were held in the Methodist Church, and the Methodists have had no more hesitancy in holding their services in the Jewish synagogue when occasion suggested it, than they would have felt in going to the Baptists or Presbyterians.” That same year, the Ligonier Leader reported that the Rabbi of Ahavath Sholom conducted Thanksgiving services at the Methodist Church.
As the Ligonier Historical Society (housed in the former synagogue) continues to process the documents and artifacts associated with Ahavath Sholom, perhaps the story of friendship between the faithful of Ligonier will continue to unfold. Learn more about their efforts at the dedication of the Indiana historical marker this weekend, August 31, and at http://ligoniertemple.blogspot.com/