Using primary documents gathered during the historical marker research process, IHB staff further explored these topics on the IHB blog Marking Hoosier History. The following is an archived post from the blog.

In 1909, Carl Fisher opened the “Indiana Motor Parkway,” which was later called the Indianapolis Motor Speedway. For the first two years the track was used for balloon, airplane, and motorcycle races. On May 30, 1911,the first 500 mile race was held; it was won by Ray Harroun at an average speed of 74.602 mph (see photos). Captain Eddie Rickenbacker purchased the track in 1927, and by the end of WWII the track was in disrepair. On November 14, 1945, Tony Hulman purchased the track. Under Hulman’s leadership, the Indianapolis Motor Speedway was repaired and the recognizable pagoda added. The races spurred automobile innovations, and the Speedway became the world’s largest spectator sports facility. The 97th running of the Indianapolis 500 will take place May 26, 2013 with over a-quarter-of-a-million spectators packing the stands. 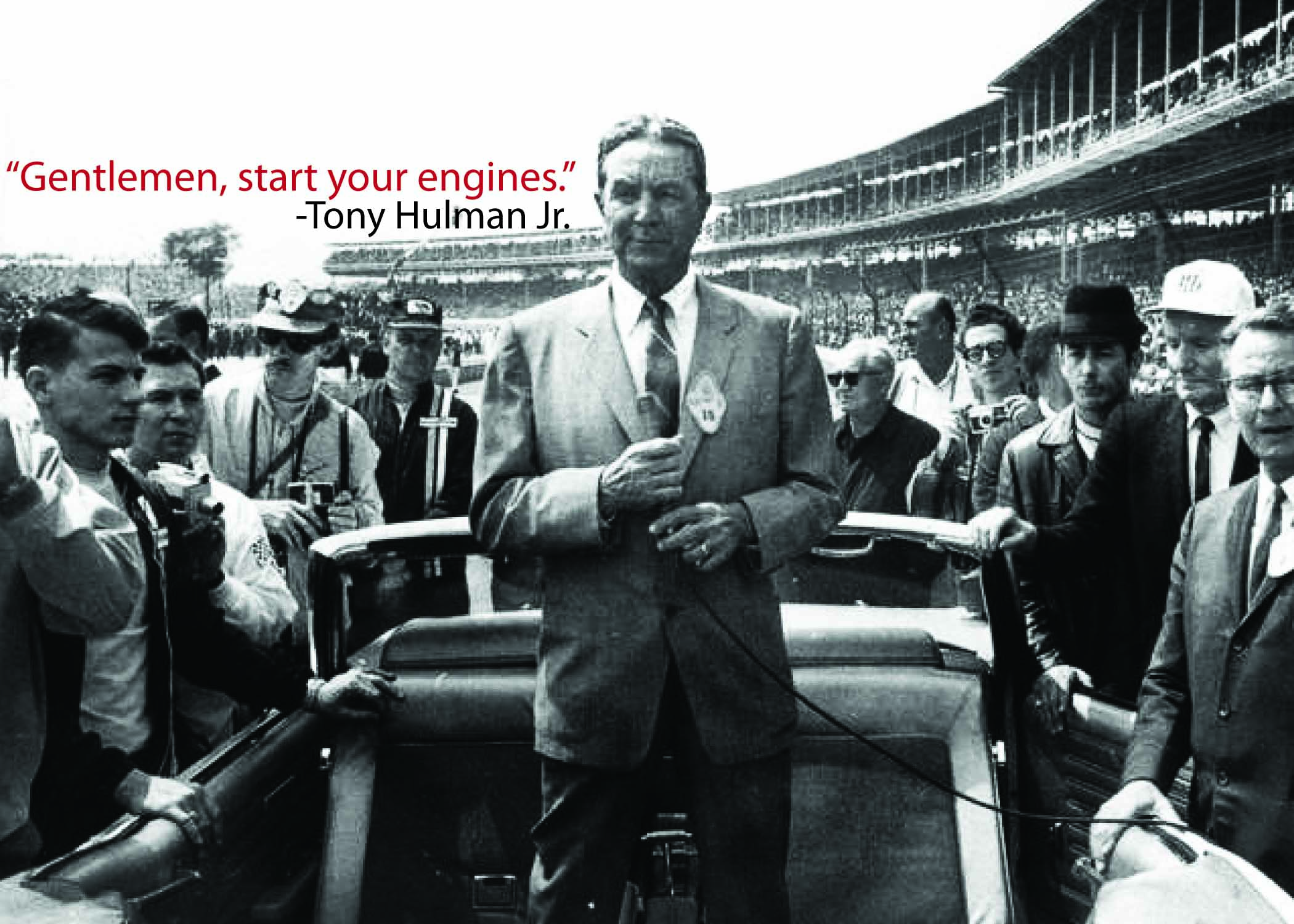 In the 1968 Indianapolis Star photograph above, Hulman made his famous announcement, “Gentlemen, start your engines.” In 1977, however, he announced, “In company with the first lady to qualify at Indianapolis, gentlemen, Start Your Engines!” That was the year that driver Janet Guthrie and her mechanic Kay Bignotti broke barriers for women at the 500.  Next week, the race will start with the new standard, “Ladies and Gentlemen, start your engines!” Learn more about women at the Indianapolis 500. For further information on the history and accomplishments of women in motor sports see Women in the Winner’s Circle: The Traveling Exhibit, Henry Ford Museum.