On Friday, October 31st, I had the opportunity to join Indiana Landmarks, Gary Christ United Methodist Church, and the Stewart House Urban Farm and Garden for the dedication and unveiling of a new state historical marker commemorating Stewart Settlement House in Gary. Though the weather forced the event’s organizers to move the dedication from the marker site to Christ United Methodist Church, even the rain and snow could not dampen the spirits of those gathered to celebrate the new marker. 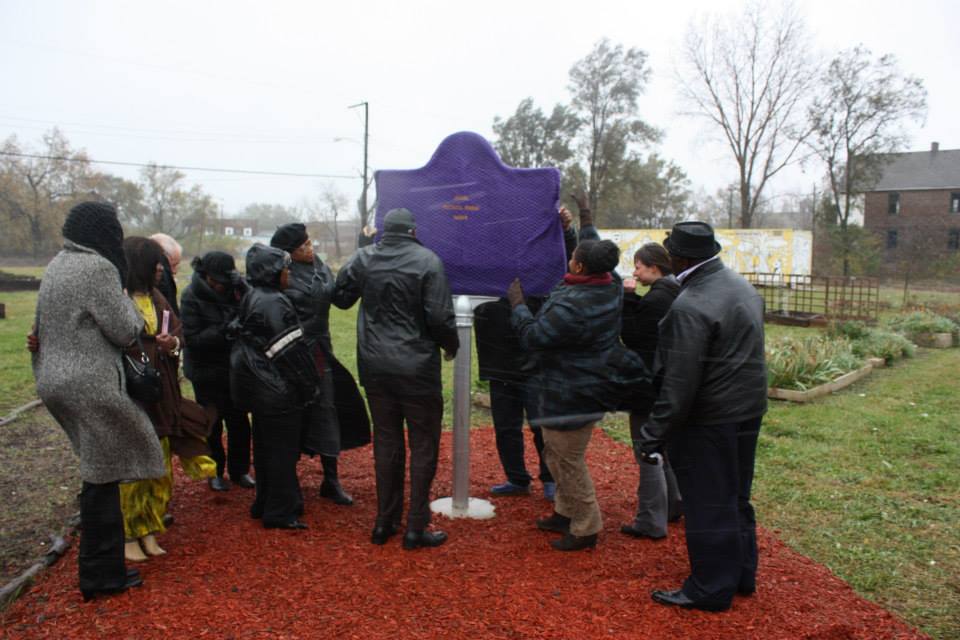 Stewart Settlement House was one of four settlement houses established in Gary in the 1900s, and the only one in the city that was organized exclusively to serve African Americans. It helped thousands adjust to urban life in the early 1920s, at a time when discrimination and segregation in housing, education, and employment was prevalent. During the Great Depression, Rev. Frank S. Delaney, superintendent of the settlement house from 1920-1939, reported that anywhere from 300-700 people a day passed through the institution looking for food, jobs, lodging, recreation, and legal and medical aid. Stewart House served as a meeting place in the community for numerous organizations and quickly became a source of pride for blacks in Gary. Perhaps the Gary American said it best when it reported in a January 19, 1928 article:

“It is no idle platitude to say that the ideal church today is the church which, while administering to the spiritual needs of mankind, provides and takes care of the social needs. Founded upon this principle, Stewart Memorial Settlement House of Trinity Methodist Episcopal church stands out in the community as a beacon of light to thousands of distressed people. . . Perhaps no other social agency in the city has been a factor productive of so much good as Stewart House.” 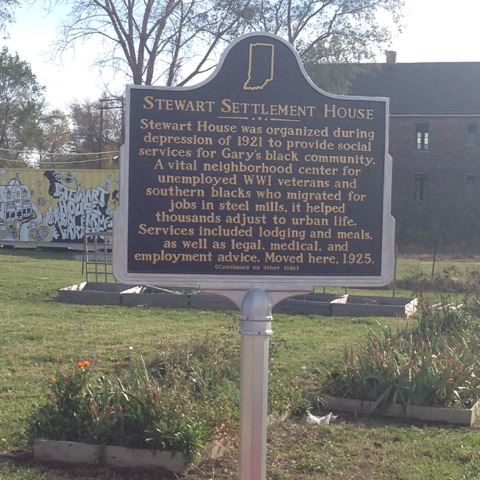 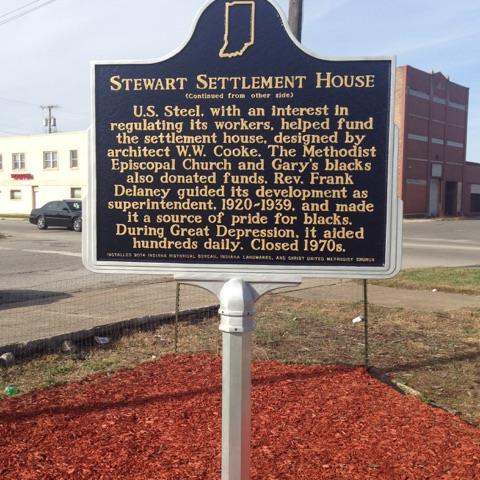 At the dedication, I had the chance to thank many of the groups and individuals who helped with this marker, including Rev. Dr. Katurah Johnson, former pastor of Christ United Methodist Church and current pastor of Wall Street United Methodist Church in Jeffersonville, and Tiffany Tolbert of Indiana Landmarks, Northwest Field Office. Both were instrumental in proposing a state marker to commemorate Stewart House.

During the celebration, Rev. Dr. Katurah Johnson spoke about the importance of the marker location in Gary. Stewart House moved to the corner of 15th Ave. and Massachusetts St. in 1925 and provided social services there until it closed in the 1970s. Though the building no longer stands,  its memory lives on in Gary thanks to the efforts of Christ United Methodist Church, which has transformed the lot into an urban farm and garden. What a fitting way to honor the memory of Stewart House, which gave so much to so many over the years. 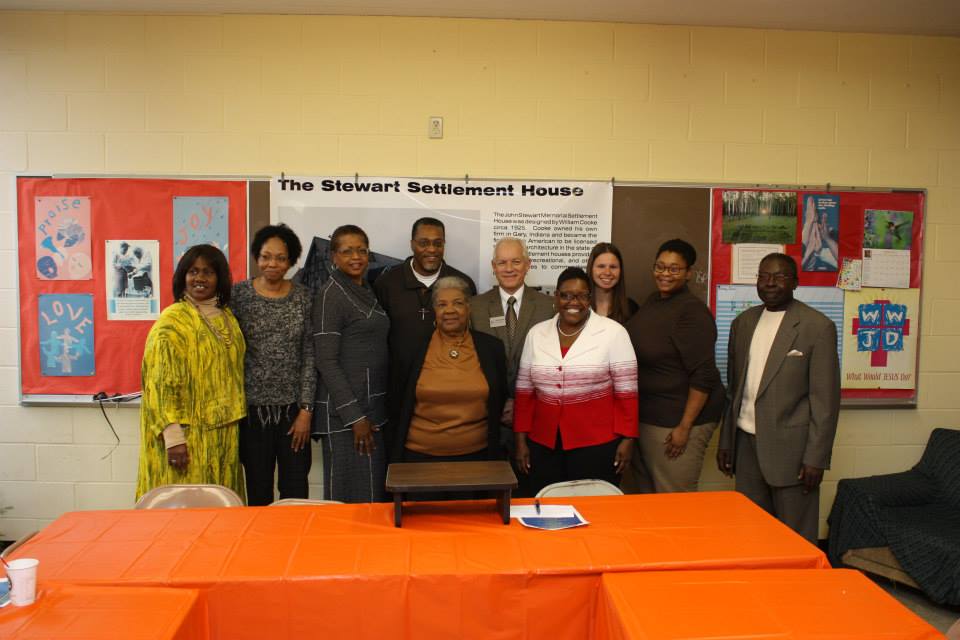