The following is an archived post from the IHB blog Marking Hoosier History.

Although the Emancipation Proclamation officially freed the enslaved people in Confederate states in 1863, it had little practical effect in Texas where there were few Union troops to enforce the order.  Over two years later, on June 18, 1865 Union troops led by Major General Gordon Granger arrived in Galveston, Texas, taking control of the state and enforcing emancipation. On June 19, Granger stood on a balcony and read General Order Number 3:

“The people of Texas are informed that in accordance with a Proclamation from the Executive of the United States, all slaves are free. This involves an absolute equality of rights and rights of property between former masters and slaves, and the connection heretofore existing between them becomes that between employer and free laborer.”

In Texas, a celebration of emancipation began the following year with June Nineteenth eventually being shortened to Juneteenth.  Today most states, including Indiana, recognize the holiday.  In Indianapolis, the Indiana State Museum is celebrating with a free event on June 23 with music, crafts and storytelling. Do you know of other events?  Let us know on Facebook! 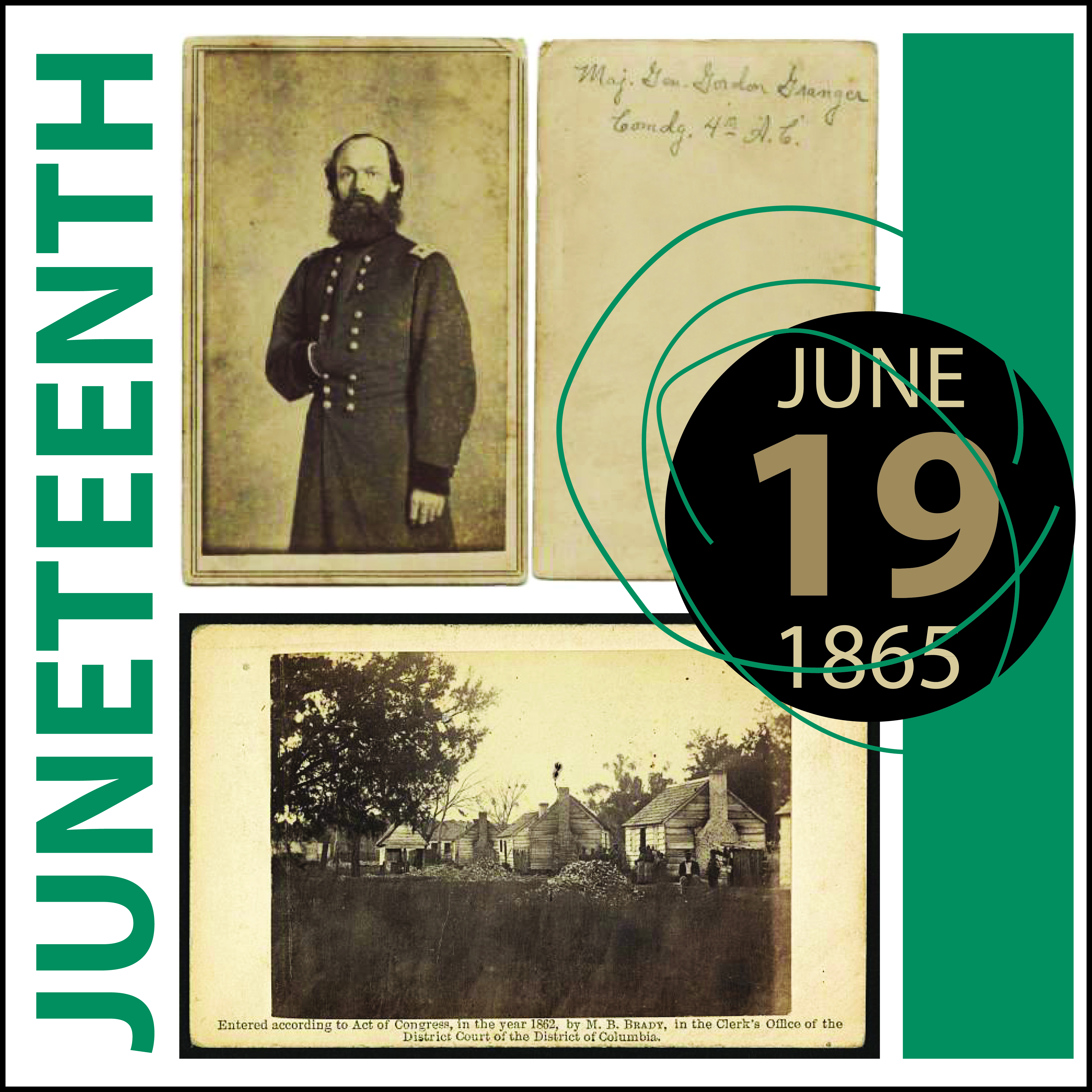