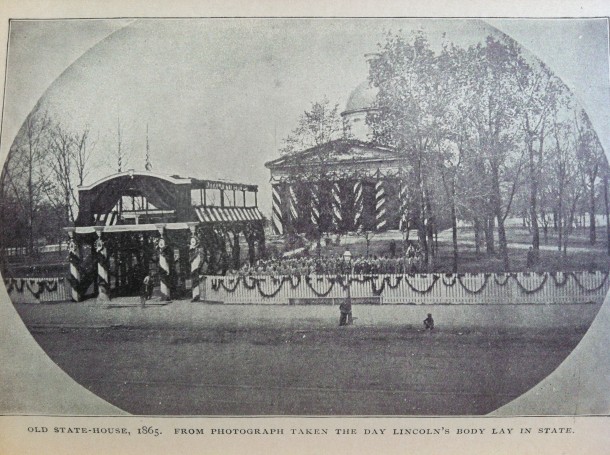 Image from Historic Indianapolis at http://historicindianapolis.com/president-abraham-lincolns-last-stop-in-indianapolis/

Indiana newspapers posted long and detailed articles about not only the funeral procession, but also Lincoln’s lying in state at the capitol building.  The following is a transcription from the Indianapolis Daily Gazette’s May 1, 1865 coverage of the funeral ceremony at Indianapolis. The article notes details about the decorations, the casket, the music played, and the changing of the guards.  Most interestingly though, it mentions the reactions of the people.  One passage that stands out concerns the sense of personal loss felt by many African American mourners.  Read the entire article below.