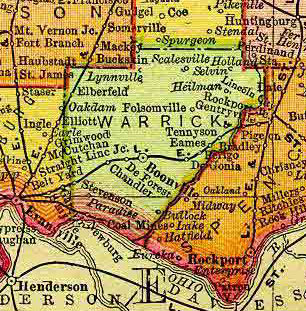 Warrick County, located along the Ohio River on the southern border of Indiana, was named for Captain Jacob Warrick a soldier and friend to William Henry Harrison who died at the battle of Tippecanoe. Harrison, the Territorial Governor, named the county after his fallen friend in tribute. Warrick County was part of a major Underground Railroad route extending from the mouth of the Little Pigeon River and then north through Oakland City to Petersburg, Indiana. 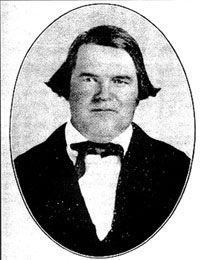 Ira was born in 1814 at New York. He owned 40 acres of land 2 miles south of Lynnville, Indiana. Ira worked with the Cockrums in Gibson County (see Gibson County for more information on the Cockrums). Much of Ira’s work is detailed in William Cockrum’s book The History of the Underground Railroad.

Along with Ira’s work as a conductor and stationmaster, he also helped detain a group of bounty hunters travelling in Southwestern Indiana. These bounty hunters planned to abduct free Blacks and sell them into slavery in the South.