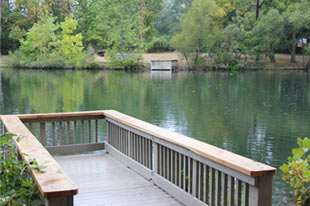 This program from the Indiana Division of Fish & Wildlife provides:

*    Stocked catchable-size channel catfish and rainbow trout
*    Locations to fish in or near urban areas, such as city parks
*    Great shore fishing access
*    Locations with restrooms and parking nearby
*    Sites where Learn to Fish workshops are run often

Stocking locations, timing, and quantity are similar each year. Plans are posted as soon as they become available.

Channel catfish are a hearty species that acclimate well to all types of Indiana waters. Stocking occurs in late April-early May, early June, and late September. Dates subject to change. Channel catfish:

Rainbow trout are a cold-water species so do best during the cooler months of Indiana. Stocking occurs in mid-March and mid-October in a select number of the designated urban fishing waters. Dates subject to change. Rainbow trout:

*    Can be caught using a basic rod-and-reel combo or by fly fishing
*    Will bite on bait, such as red wigglers, bee moth larvae (a.k.a. bee moths or wax worms), a kernel of corn, a combination of bee moth and corn, or store-bought “trout bait”
*    Will bite on flies and lures, such as inline spinners or spoons
*    Taste great

Stocking weeks: The last two weeks of March. Fall stockings will occur in the middle of October. Dates subject to change. 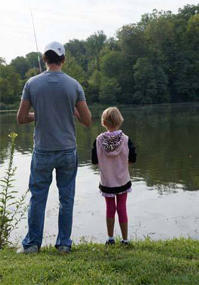